President Trump announced his plans to withdraw the United States from the Paris Climate Accord on Thursday, removing the U.S. from the global fight against climate change. The Paris Agreement, signed on Nov. 4, 2016,  “brings all nations into a common cause to undertake ambitious efforts to combat climate change and adapt to its effects, with enhanced support to assist developing countries to do so.” The goal of the agreement is to keep the global temperature rise less than 2 degrees Celsius above pre-industrial levels and to aid developing countries in the fight against climate change. Every country except for Syria and Nicaragua have signed the accord, solidifying the goal of uniting all nations under the imperative environmental concern.  In his address, Trump claimed that the agreement is “very unfair to the United States”, citing it as a “major economic wound.” Insistent upon the necessity of withdrawing for the agreement, Trump stated, “This agreement is less about the climate and more about other countries gaining a financial advantage over the United States.”

Despite Trump’s history of claiming that global warming is a hoax, he has stated that he would be open to renegotiation of the agreement or an entirely new plan to address climate change. However, this decision will further distance the United States from almost every nation on earth and has been met with strong opposition from foreign leaders, activists, corporate executives, heads-of-state, Barack Obama and even the president’s own daughter, Ivanka Trump. This action reaffirms Trump’s campaign promises, in which he discredited the Paris accord and promised to reverse Obama-era policies that did not align with his conservative views. Trump also announced that this decision would end the implementation of environmental reduction targets that aimed to reduce carbon emissions by 26%-28% in a decade and end all U.S. contributions to the United Nations’ Green Climate Fund.

Under the terms of the agreement, the United States cannot leave it until the Nov. 4, 2020, a day close to the next presidential election. This strongly suggests that climate change will be an ongoing and prevalent topic during campaigns. With the U.S. clocking in as the biggest carbon polluter and global temperatures breaking records each year, the withdrawal leaves many questions about environmental policies moving forwards. Several political leaders have already issued statements about their ongoing commitment to battling climate change in the face of this decision from President Trump. 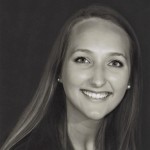 Alexis is a 17 year old aspiring journalist from Seattle, Washington. She enjoys leading a typical PNW lifestyle, which includes spending lots of time outdoors and wearing sunglasses on a cloudy day.