Why Don't I Pray?

In the name of God, the most Gracious, the most Merciful, why do I need to pray when He knows that I’m here still devoting Him, in my mind, in my thoughts, in my heart. I put my hands closed together cupping an air of silent prayers, hoping that He listens. Indeed I believe He does listen to each silent cry, to each angry thoughts, to each happy moment when I thought of Him — isn’t that praying too? But why should I perform salaah (prayer) five times a day just to show to Him that I love Him? Does it always have to be because it’s an obligation, because it’s the second pillar of islam and if we don’t pray we will sin? It’s an act of sin to not pray.

Everyone goes through that phase where you will struggle with your faith. Sometimes it’s challenging and it gets really difficult, but it’s inevitable and that’s undeniable. People who claimed that they never had this kind of struggle would not quite understand, does it make these people less of a Muslim? Less of a believer? Can you be Muslim when you don’t pray? Well, you can as a matter of fact. You can believe in God and the Prophet and still do not commit any of these obligations.

It took me a long time to figure it out, why. I kept thinking about it that I decided to write about it. It is much more difficult to explain something that you can’t see, it’s not a hijab on the head or the “Allah hat” that some of you had claimed, those are obvious you can’t hide those, but praying no one really ask us that, it’s on a whole spiritual level that not everyone has the privilege to have. Here are a series of answers that I have received and what I have found:

“It doesn’t make me a bad person if I do other good things.”,

“I don’t think He listens, He’s probably too busy answering other people’s prayer, my problem isn’t that big soooo…”,

“I don’t have the connection with God.”,

“I don’t really believe in all of this, but I do believe He, exist. it’s just that I can’t believe what I can’t see or feel.”,

“I don’t see myself as worthy in His eyes.”

“I’ve done bad things and I don’t think I deserve to be forgiven.”,

“I think it’s hypocrite of me to pray and do shitty things behind His back.”,

“I’m too embarrassed to pray.”,

6. Revenge: “I stop praying to Him because He didn’t answer my prayers.”,

“I stopped praying for awhile because I was too mad at Him.”

“I know I have to accept the fact that my mother is gone, but I just need time to start praying again, I’m still heartbroken, He took my mother away.”

Yes, these are the most realistic answers and it might not be pleasant for you to read, but these are the real hard truthS as to why they choose not to pray. Truth — it’s not beautiful, it’s not comfortable and it’s terrifying sometimes to know what’s happening in one’s head. And in this moment, some of you might wish you had never read this cold truth but you can’t ignore that everyone is in different places in their faith and that is okay, it might not be for you but it’s okay to you-who-reads-this, it’s not that you didn’t try, we all have had our fair share of struggles with our faith, it shackles, it breaks, it rises, the only consistency is changes whether it pulls you closer to Him or drives you away,  it’s something we could not force on someone, if your heart isn’t there, it won’t be. Fortunately for you, Islam teaches us to pray for other’s well-being, and it does tells us to do it in a loving-private approach. So do that, be loving when you preach.

Since we are at the end of this “one-on-one” pep talk, here’s something for you to ponder: are the things that have been stated something that you can relate? Is this the same for you? Are their reasons, reasonable? Is it right? And lastly, ask yourself, even if you do pray, never left a prayer before, it’s a good thing to refresh your reasons…

Why do you pray?

In this article:belief, believe, faith, hope, pray, real life, reflection, Self reflection, struggles, world
Up Next:

Sitting and Waiting for a Better Life is a Fruitless Passtime 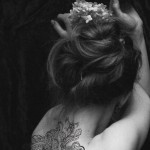 I am a woman of colour. I have tan skin and I love it! I am a woman in hijab, and underneath this scarf there is a girl who perceives the world differently. I am a woman of the orient, where Asians are not just Chinese. We are more than that, we are diverse. I am tanned Muslim-Asian. Poetic, music enthusiast, loves travelling, two and a half years left to become the next civil engineer and if I'm in luck, a writer.