A green vegetable that most of us hated to eat (maybe still do) when we were growing up, right up there with brussel sprouts, has recently come up as a possible blood sugar stabilizer for Type 2 Diabetics to manage their blood sugars. This new study can open up many, many possibilities for the treatment of type 2 diabetes, and can provide a platform of research to further the science and medicine of diabetes as a whole.

But what is diabetes?

Diabetes is a long term metabolic disorder in which sugar, or glucose levels, build up in your bloodstream due to a lack of insulin, a hormone produced by the pancreas. There are 2 main types of diabetes.

Type 1 Diabetes is an autoimmune disease in which a person’s immune system attacks the beta cells, cells that produce insulin,  in the body. This results in an extremely low, or nonexistent production of insulin, hindering control of blood glucose levels. Although Type 1 Diabetes cannot be cured, it can be treated with artificial insulin doses at every meal/snack, and regular blood glucose checking throughout the day.

Type 2 Diabetes is the most common type of diabetes, especially among Americans. It is believed to be caused by genetic linkage, obesity, or physical inactivity. It is not as extreme(in terms of insulin production), as type 1, but the treatment is relatively the same. The disease starts when the muscle, liver, and fat cells resist against insulin. Because of this, the blood sugars build up in the bloodstream, while the pancreas try to match the insulin amounts to the glucose levels. Eventually, the pancreas fail to keep up with the sugar amounts, causing the glucose levels to rise.  Unlike type 1, type 2 diabetes can be cured, taking account the longevity of the disease, severity, and your genes. With a substantial and regular amount of exercise and sugar intake, type 2 diabetes can be managed and even reduced to function normally.

In a recent study published by Science Translational Medicine, researches organized an experiment consisting of 94 obese patients with type 2 Diabetes. The subjects were asked to take a concentrated broccoli sprout, containing a natural chemical, sulforaphane, every day for 12 weeks. Some other subjects were given a placebo-metformin, a standard treatment for blood glucose control.

Researches found that sulforaphane, had improved the sugar stability in the patients by 10 percent more than those who had taken the placebo, proving the hypothesis that there can be a better medicinal substitute to metformin. That amount is enough to lower a person’s risk of developing health complications. But although it is the most popular treatment, metformin is not beneficial for everyone. About 15 percent of type 2 diabetics have limited kidney function, which can be encouraged by taking dosages of metformin, increasing their risk of lactic acidosis. Finding a better-0ff substitute for metformin was the objective behind the experiment, which was fortunately successful.

This experiment provides a base, through which researchers can further identify the impact sulforaphane can have on people with pre diabetes, and its effect on glucose control before diabetes actually develops.

Teasing and Taunting Is Not Just “Kids Being Kids”

I’m Proof That You Can Make It Without School 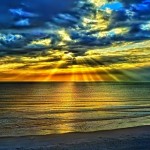 Arushi is a competitive volleyball player, who loves to bake and watch Survivor with her family. She enjoys reading athlete autobiographies, and writing for her school newspaper.