Why Germany Is Quickly Becoming a Hub for International Study

Brexit has sent a shockwave throughout the UK and Europe, and there is a change that international study between the two will become jaded and cloudy after Britain’s official leave. My decision to study abroad, like many, was an opportunity to experience what could possibly be taken away from many. International study is something that we should all have an opportunity to experience, but it is also a topic that many of us have such strong feelings about.

Since Brexit, many international students have decided to steer clear of Britain, labeling it as hostile, and there is an underlying fear that the world will soon turn in on itself, political, social and cultural prejudice superseding the right to new experience and study. This may be a pessimistic view, but it is a fear shared by many. Unless we take the opportunity and work against prejudice now, then what will the world come to years down the line?

The benefits to studying abroad

I had decided to study abroad after hearing of experiences from my older sister who had chosen to finish her studies in Australia and my older brother who spent a gap year in Vietnam. They had equally fascinating adventures, and I had seen first hand how traveling had accelerated their personal growth.  For me to achieve the same, I really wanted to strengthen my use of foreign language which I had not spoken since studying German at A-level. The idea of having to speak it every day and forcing myself to put my studies into practice was very exciting.

Seeing the world from a different perspective

Being friends with, and learning of different nationalities also brings a different perspective. Traditionally, and historically, Germany has set out different fiscal policies to its English counterparts, favoring a debt-free society for example. These different ideologies only further my understanding of the economy and has proven instrumental in me completing my degree before applying to enroll on a master’s degree.

A better quality of lifestyle

While average costs are only slightly cheaper than in the UK, I have found that there is a higher emphasis on quality and healthier produce, so the actually true costs are much lower. The average rent for a one-bedroom flat is far cheaper in Munich compared to London or New York City.

I have also found that the quality of infrastructure is much better in Germany than England, which is what you would expect or a country who prides itself on organization. The healthcare has been very good for me, although expensive as you will need to have valid health insurance, something that should also be thought about when considering dental check-ups.

Attaining a student visa in Germany

The German visa application process is much like the requirements asked needed for a UK visa. You will need to have a letter confirming that you have been offered a place at a German university and that you have the funding required to live for the duration of your stay. On the immigration website, they advise that this would be 7908 Euros, although I managed to ease this by having a scholarship offer. It recommends that you apply at least three months in advance, which is a good suggestion, as it is a lot of work to move from one country to another.

I would recommend getting help when completing a student visa application. I used the services of specialist immigration lawyers in London who advised me the whole way through the process and instructed me to apply for a permit of residence.

As somebody who is on the other side of the UK/EU international student predicament, it brings great shame to think that others are passing up or being refused the opportunity to, in turn, study in the UK because of hostilities and uncertainties.

‘Drive For Justice’ Are Spreading Awareness About Rohingya in the U.K. 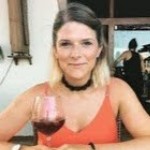