While Other Teens Were Excited To Start Driving, I Was Scared: Driver's Anxiety Is Real

Let’s flashback to about four years ago: my sixteenth birthday. At this point, I had seen many people from my high school get their driving permit. The picture is clear in my memory, most people would be dismissed from school because the Registry of Motor Vehicles closed at the same time as school, or they would arrive late and have their permit, but the reaction was always the same: sheer excitement. Who wouldn’t be? How long do we wait to finally be able to drive our cars around, finally free from the shackles of having to ask our parents to drive us everywhere?

Well, that excitement was short-lived for me.

I was just as excited as your typical sixteen year old, until I wasn’t. It all started on my first behind the wheel driving lesson. I remember feeling overjoyed to finally start this process, in my head I was already planning what car I wanted, places I was going to drive and everything. I probably planned my whole driving life at least three times in my head and I knew that only twelve driving lessons and a road test stood behind me and driving freedom. I was ready to take this on headfirst.

That is, until we pulled out of my driveway.

Prior to this first lesson, I had probably driven a few times, but nothing farther than up and down my driveway or around the corner. I attested the crippling panic, sweaty palms and shaking to the lack of experience. My first time driving on the actual road. There were cars to the left of me, the right of me, behind and in front of me. I wasn’t experienced enough, I told myself. Everyone gets nervous on the first try, right?

I should have known that I wasn’t a typical level of nervous when the instructor had to pull me off to the side of the road to console me because I was visibly too nervous to concentrate. But I was determined, I just knew it was going to get better. And after this I’d have only eleven more lessons. I was going to finish and pass my test and all those driving dreams would come true.

Between driving lessons that were going seemingly nowhere, the panic attacks every time I had to drive, the way I suddenly would blank out while driving as if I had never seen a car in my life, the sweat that magically would be pouring out from every sweat gland in my body (gross, I know), I STILL blamed myself. I thought I was dumb. I wasn’t understanding why everyone around me was successful in the process. Driving school, at home practice, road test, license. No one else was THIS nervous. It wasn’t to the point where it was crippling their ability to drive.

I knew I had anxiety, but wasn’t driving more skill-based? It had to be a problem with my skills, right?

I wasn’t even sure if there was such a thing as anxiety specific to driving. I know quite a few drivers are a little nervous when they drive, but is there a medical condition where its impossible for some people due to fear? In typical millennial fashion, I started my research on ‘driver’s anxiety’ and was met with this definition:

Driving anxiety is a very common form of anxiety that can range in severity from a hesitation to drive, where anxiety is always present, all the way up to a total refusal to drive at all, in which case it becomes driving phobia. A phobia is a fear that is paralyzing but irrational. Driving phobia is one of the most common phobias.

One of the most common phobias? I was shocked. Other people experience this too? I felt some relief in learning that a lot of people felt this way, but I knew I eventually needed to tackle this. After taking a two year driving hiatus thinking that would shake the fear and being met with the same problems again, I finally realized that I needed to figure out what was triggering this fear.

I narrowed it down to a few reasons being:

With coming to the realization that I do have a legitimate phobia I have slowly but surely come to terms that driving will not be as simple for me as it may be for others. After being ashamed and embarrassed, I have finally come to realize that I will have to take it slowly and learn at my own pace. I will also need to practice with a person who’s calm and invested in the process and while I may not have these factors right now, it’s okay. Society may impose a limit on many things, especially getting a license, but rushing does nothing but heighten anxiety, cause sadness and waste money (let’s not even talk about how much I spent on driving lessons). Not everybody has the same resources, or is in the same mental state, and I have to measure my accomplishments on my own scale.

I always felt alone and ashamed to be twenty and still not driving around like everyone else my age, and the days of taking public transportation or an Uber everywhere is less than glamorous, but I’m no longer ashamed. I also know I’m not alone, and to anyone else who may be in their twenties and not driving, you’re not alone either.

As my boyfriend always tells me, “Focus on what you can control.”

Right now that may not be a car, but I have faith that eventually I’ll get there.

We Need To Stop Telling People To ‘Speak English’ 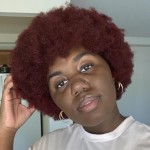 My name is Alexandra Addison and I am a 20 year old college student from Boston, Massachusetts. I am currently studying Print and Web Journalism and minoring in Black Studies. I have always been interested in stating my opinion and writing; Feel free to follow my twitter which is linked!