If you’ve worn women’s pants, you’ve probably experienced the horror of wanting to put your phone or your hands inside your pockets only to realize that they are non-existent. Afterwards, you recall the time when you saw them on the store: they appeared to have pockets, but now you realize they’re sewed in. Here are some tweets that sum up this situation:

I bought pants online that came without pockets. Never felt this betrayed and disappointed before in my life.

If I could go back in time, I would talk some reason into the person who thought it was a good idea to invent pants without pockets.

https://twitter.com/hyungwhn/status/915159671186395136?ref_src=twsrc%5Etfw
You might think it’s not a big deal, that’s what purses are for, right? Right, but it still doesn’t explain why the fashion industry makes extremely small/non-existent pockets. I’ve taken the time to analyze this and how it relates to women’s stereotypes in the consumption theory.

First off, women didn’t even start wearing pants up until early 20th century, and before then there was a series of different impractical purse-type designs for women to hold their stuff. We also need to understand the stereotypes of women in fashion, who have been enclosed in certain body types, should look a certain way and will thus be shamed if they don’t add up to the qualifications. What is the supposed “perfect” body of a woman? Tall, skinny, a small waist but also big boobs and butt. How do you achieve that? That’s a whole other topic: recently the idea and lifestyle of fitness has been promoted to an extent that it’s necessary for men and women to go to the gym, not with the purpose to be healthy, but to achieve a certain body type. How does all of this relate with pocket-less pants? Easy. Women have been tricked into thinking that they have to look as slim as possible, so big pockets would only disrupt that aesthetic. Jean Baudrillard in his book ‘The Consumer Society: Myths and Structures’ (1998) says:

“For women, beauty has become an absolute, religious imperative […] Being beautiful is no longer an effect of nature or a supplement to moral qualities.”

The fashion industry is more worried about visual appeal, which is important, but it shouldn’t have to compromise comfort and usefulness. You might think I’m exaggerating, but this is especially impractical now, because of smartphones, where if you put your phone in your back pocket, it’s probable it will fall into the toilet. Back in the 17th century, it was normal to think that the man was the one to work and keep the money, hence why they had bigger pockets in their trousers; but it’s the 21st century now, why hasn’t this changed? 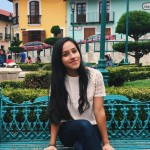 Isabel is a 16 year-old Mexican who has a passion for writing, dancing and defending human rights.