A Look Into the Mind of Psychopaths

As kids, many people are introduced to psychopaths and who they are. One may have heard about them on the news, read about them or even encountered one. Nowadays, it seems as if they have become a phenomenon. Humans are either scared of them or drawn to them.

Psychopathy is a personality disorder where the person cannot see the difference between right and wrong. They can “violate the law and the rights of others,” the Mayo Clinic says. Psychopaths have little empathy, are anti-social and suffer from shyness.

Are psychopaths born this way or not?

In some cases, however, growing up in a loving household isn’t enough. In a crime book written by Ferdinand von Schrirach, a German lawyer, one fits the “born psychopaths” theory perfectly. One day, a married man that had everything except a loving wife decides to kill his wife. Until that moment, he lived a perfectly normal life. He was a loved doctor in Berlin. He got fed up of the mental torture his wife inflicted him on a daily basis. If he had never met his wife and lived with that mental torture for 50 years, he would have never killed her, never turned into a killer. His wife made him that way.

Does that make him a psychopath, though?

Another book that can be helpful to understand these kinds of situations is “The Psychopath Test” by Jon Ronson.

Hence, are they really able to change? As of this day, there is no cure, no medicine that can make a psychopath turn back, but the earlier psychopathic tendencies are spotted the more help can be provided. There is no way to teach love and empathy to someone. However, loving relationships and therapy can help. The Mendota Juvenile Treatment Center (MJTC) showed that psychopaths reacted to a “reward system” and not a punishment one because that encourage bad behavior in them. MJTC youth were 50% less likely to commit a violent crime, and while non-MJTC youth killed 16 people after their release, MJTC youth didn’t commit a single homicide.

Psychopathy is not something that can really be described as there are so many different cases. Psychopaths are either born that way or something in their lives made them become that way.

It is still a burning issue as scientists fight over who is right and who is wrong.

The human brain is as complicated as the answer.

In this article:human brain, psychology, psychopaths, scientists
Up Next: 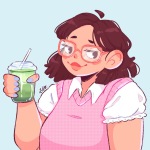