Roger Goodell, NFL commissioner, announced that the NFL will not force its players to stand during the national anthem. He added that he and other team owners “believe everyone should stand for the national anthem”, but ultimately the league’s policy asking players to do so will remain unchanged.

At a press conference today, Goodell added that, “We spent today talking about the issues that players have been trying to bring attention to — issues to make our communities better”.

He went on to emphasize,

“I think we all agree there’s nothing more important than trying to give back to our communities and make them better. That was the entire focus of today”.

It speaks volumes that Goodell and fellow NFL owners were able to unite behind their players’ rights, and attempt to understand the rationale and reason behind their players not standing for the national anthem. Football is not just America’s favorite idle pastime anymore, now it’s transformed into a way to bring attention towards issues that matter.

In the wake of this decision, President Donald Trump took to Twitter to express his utter disapproval for the National Football League’s decision to not force players to stand for the national anthem.

The NFL has decided that it will not force players to stand for the playing of our National Anthem. Total disrespect for our great country!

A couple hours later he went on to lament further:

.@NFL: Too much talk, not enough action. Stand for the National Anthem.

With his usual twitter shenanigans, there has been no evidence that the NFL will take any action soon to appease Trump’s dogmatic ideals.

In response to Trump’s empty statements, Goodell defended the league’s decision and said that “players are not being disrespectful” when they protest, and that most of all he wants to “get back to football” and “stay out of politics”.

With the NFL supporting their players, hopefully, now Trump will learn the importance of supporting peoples’ First Amendment rights; instead of limiting and controlling them.

Richard Spencer Slated To Speak at University of Florida 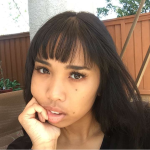