The lawyer of Matt Lauer’s first accuser spoke yesterday on NBC about the severity of his client’s concern when it came to the protection of her identity. According to attorney Ari Wilkenfed the woman, whose accusations lead to Lauer’s firing, continues to live in fear that those hunting for her identity will reveal it once it is discovered. He described his client’s current state as being “terrified” and living “in constant fear that people are gonna track her down and figure out who she is”.

He explained that during his client’s meeting with NBC, in which she accused Lauer of sexual misconduct,  she was asked “What do you want?”, to which she responded by asking for the right thing to be done and also for her confidentiality. In the interview with USA Today, the attorney talked about how NBC had not done its job of complying with his client’s request. Along with saying that NBC had not done enough to maintain his client’s confidentiality Wilkenfed claimed that NBC was aware of what they did.

“I can say that NBC has a duty to maintain confidentiality…and they have not done a good job of doing that, they know exactly what they’ve done, and they need to stop,” he said.

“There’s a hunt underway to figure out who she is,” Wilkenfeld said. “And I think that’s going to have a chilling effect on other women who might want to come forward and tell their stories.”

Not many details have been released regarding the nature of the woman’s complaint and her identity, but what we did learn from NBC is that the sexual misconduct first started during the Sochi Olympics in 2014. Wilkenfed’s claims of NBC failing to follow through with the woman’s request was disputed by the network through a statement they made to USA Today saying “The network has protected the employee’s anonymity all along and will continue to do so.”

Matt Lauer was fired soon after Wilkenfeld’s client came forward late Nov., but what followed were claims by several women that this was not the first time someone had spoken up against Lauer, revealing that their complaints to the network’s executives were not listened to. Several sources told Variety that other employees at NBC were aware of  Lauer’s behavior, with a former reporter saying that Lauer was protected by management. After Wilkenfeld’s client’s accusations became the first to be made public, NBC’s News Chairman Andy Lack called the complaint to be the first against Lauer. Chairman Lack went on to say that they had reason to believe that the complaint about Lauer’s sexual misconduct was not an isolated incident.

In this article:#metoo, #nbc, culture, feminism, real life, women
Up Next:

You Don’t Have To Love Your Toxic Parents

Net Neutrality Protests Are Happening All Over America 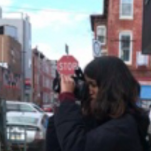 Sameet Mann is a 17 year-old senior from Philadelphia. Her passions include journalism, human rights and traveling. During her free time, she enjoys listening to music and checking out new places in her city. She hopes to turn her interest of understanding and listening to the stories and views of others and helping those in need into a career.