“The river rose […] homes were swept away. The village is no longer there,” said police officer Gerry Parami,

This raises an alarm to those in neighboring parts of the South China Sea, as currently 74 people have been killed according to reports from Tembin. Many rescuers were sent to help in the aftermath, however little progress has been made. Boulders have been moved during the storm, which have buried many homes. To add on to that, the loss of communication lines have led to rescue efforts staying at a low amount.

The tropical storm risk tracker accurately portrays that the Tembin storm is not slowing down anytime soon and will most likely make its way west, eventually to southern Vietnam.

According to CNN, thousands of people had to be evacuated from Tembin and rescue operations occured in numerous cities. Because of Tembin, an even larger impact would be made on the entire South China Sea region as seas will become more dangerous, strong winds will spread and days of power outages will grow.

Opinion: Philosophy Education Should Be Incorporated into Indonesia’s School Curriculum 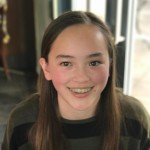