What the U.S. Can Learn From Canada's Ruthlessly Pragmatic Immigration Policy

Immigration policy has been in the spotlight for the past couple of years and U.S. President Donald Trump’s increasingly inflammatory rhetoric about immigration has sparked nationwide debate over the fate of America’s future immigrants. Arguments over immigration are increasingly more extreme: more immigration is an immense threat to national security or illegal immigration is not intrinsically a problem and there should be no policies that expand immigration enforcement. Both are unrealistic and uninformed views on how the U.S. can pragmatically address the question of immigration.

But why is the immigration system so broken? The caps on visas to the U.S. haven’t kept up with population growth, which leads to a lot of problems: a lengthy backlog, a shortage in the number of temporary work visas, frustration for prospective immigrants and employers and more than 11 million unauthorized immigrants residing in the U.S.

When we look to the immigration policies of other countries, there is one country in particular that stands out as the “golden standard” for immigration: Canada. Canada currently claims the world’s most successful immigration population in a system which benefits both immigrants and their native-born counterparts. Immigrants to Canada work harder, create more businesses and use fewer welfare dollars than native Canadians. 82% of Canadians think immigration has a positive impact on the economy and twice as many Canadians as Americans approve of how the government handles immigration.

Why is the Canadian system doing so well while their North American peer struggles? Canada’s immigration system is based on labor market needs, using a nine-point rubric that ignores factors like race, religion and ethnicity and instead focuses on issues like age, education, job skills and language ability. This employment focus benefits the interests of the national economy and limits competition between immigrants and native Canadians. Immigrants are not seen as a threat to current job-holders, therefore addressing one of the most obvious problems for U.S. policy: immigrants threatening the livelihoods of working-class Americans. When you bring in foreign workers to compete with domestic workers, someone is going to lose. When you bring in workers which complement the workforce, everyone gains.

How is the U.S. system different? Two-thirds of immigrants to the United States are admitted through the family reunification program, which means that their status depends on whether they already have family members in the country. (This is opposed to the 60-70% of Canadian immigrants who come for economic purposes.) While this system has its emotional appeal, it’s a pretty impractical approach to immigration and mostly benefits immigrants already in the U.S. Instead of being a feasible policy for the long-run, it creates debates which end up coming down to whether you value “humanitarianism” or the economy more. There is no reason for that divide when both can be satisfied to their reasonable limits by a system like Canada’s. While the U.S. has more or less had the same immigration policy for the last 50+ years, the Canadian system is efficient and responds to current need by using the most recent data to make policy changes. While the U.S. legislature system makes this process more difficult than Canada’s parliamentary form, it is by no means impossible to implement.

The main blockade to implementing a system similar to Canada’s is the culture of U.S. politics, for which both political parties are to blame. Canada’s government was built on values of peace, order, and good government (meaning active government). The rhetoric surrounding the institution of government is vastly different. For years, Republicans have dissented to “big government.” an issue which is essentially void in Canada, since the focus is not the size of the government, but rather its effectiveness and pragmatism. Canadians believe in strategic planning which emphasizes equality, productivity, and education- something which after Ronald Reagan was viewed as “socialist”. It’s also why the latest OECD (Organization for Economic Co-operation and Development) report noted that Canadian students perform well despite socio-economic status, native language, or whether or not they were recent immigrants. Students from Canada were ranked 3rd for student skills based on the average performance of students according to PISA. Students from the U.S. were ranked 25th.

But Republicans are not the only ones to blame. One benefit that Canada has is that, unlike the U.S., it does not share a border with “developing” nations. It is therefore not subject to a significant amount of illegal immigration coming across that border. Democrats used to take a “tough but fair” view on immigration. This view acknowledged that the immigrant population in the U.S. wasn’t going to leave, but also recognized that illegal immigration over the border needed to be quelled. Although Republicans constantly shouted down Democrats for being “weak” on immigration, President Obama actually deported more people than any other president, even being referred to as “Deporter in Chief”. A country spending 3.2 billion a year to identify, arrest, detain and deport undocumented immigrants isn’t ideal either. What’s ideal is that a fair, resolute system is put in place which discourages illegal immigration and encourages hard-working immigrants to fill gaps in the U.S. economy. While there are multiple approaches and ideas about how to discourage and prevent illegal immigration, one thing is certain—the U.S. is desperately in need of an immigration system which not only supports native workers but also provides opportunities to foreign workers. A system like Canada’s.

Why Women Are Ghosting You 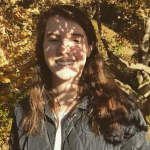