We're Not Racist, You're Just Uneducated

As a senior in high school, discussions about college applications and college, in general, penetrate every classroom. Seniors scramble to finish their applications on time and others laugh on the sideline at the grueling process while admissions decisions slowly file out.

With these discussions, comes the competitive comparison between every individual: SAT scores are compared, ACT scores are weighed, and GPA’s are ridiculed, and for some reason, white people get threatened.

Affirmative action is surprisingly debated in every class that I’m in. Of course, we’re learning about court cases in our AP Government class that have specifically altered the admissions process into universities, such as Grutter v. Bollinger and Gratz v. Bollinger, which allowed race to be considered as a factor when admitting students without the use of quotas.

And from somewhere in the background, someone blurts out the iconic statement that induces the largest eye roll I’ve probably ever possessed: “that’s reverse racism.”

Anthony Morgan, a civil and human rights lawyer, characterizes the phenomenon of reverse racism as this:

“When you’re so deeply invested in your privilege, and in this case white privilege, racial equality feels like oppression.”

In other words, those that believe in reverse racism simply just don’t know what racism is.

An article from the Huffington Post also attempts to dismantle this stigma. While affirmative action does allow for the evaluation of race, it isn’t necessarily used advantageously against whites, but instead allows for the equal evaluation of applicants. In fact, even in the status quo, Caucasian students receive more than three-quarters (76%) of all institutional merit-based scholarship and grant funding, even though they represent less than two-thirds (62%) of the student population. Above that, white students are 40% more likely to get private scholarships than minorities. Zeba Blay, a writer for the Huffington Post asserts that “affirmative action doesn’t take anything away from anyone. It levels the playing field.”

As an Asian American, I cannot accurately speak for others. But, as a minority, issues surrounding the “oppression of white people” must always be addressed and correctly changed.

Racism isn’t a one-step issue that can be solved with a sweeping solution. For those of you that believe in reverse racism, please reevaluate what makes you think that. As Morgan states, “I would strongly encourage them to stop for a moment… and really think seriously about the last time they really have taken the time to study or get a deep understanding of what racism is and how it impacts different communities.”

Five Great Things That Happened in 2017 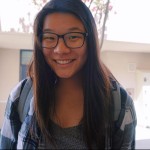 Dana Chen is a teenager living in Orange County, California. She is very passionate about feminism, woman's rights, and gender equality. Dana is also the captain of her school's debate team and loves to debate, spend time with her family, and play the violin.