Veganism Won't Save the World

There are now over a billion people starving in the world and hundreds of thousands more living in extreme poverty. More than half of the world’s forests have been lost to deforestations, contributing to 15% of global greenhouse gas emission which, along with CO2 emissions, is causing global warming, an event which by acidifying oceans and rising sea levels will cause even further habitat destruction upon the world’s wildlife, already experiencing an extinction rate over 100 times faster than normal.

At least each environmentally-conscious person is doing their part to prevent this apocalypse.

Likely, you have heard common rhetoric or even advocated for it yourself that even small actions can make a big difference. Often this old adage is accompanied by calls to action such as shortening showers, turning off the lights, riding a bike, composting, signing petitions or converting to a plant-based diet.

Do all of this and you will reduce your carbon footprint, take action for peace, for equality, help the animals, the hungry, the poor and the victims of war and violence. Or so you’re told.

The issue here is that even the most environmentally conscious American, or any First World citizen, still has a carbon footprint of over double the global average and 8 times that of a Third World citizen, the demographic most vulnerable to poverty, hunger and the effects of climate change.

These little acts satisfy our guilt and allow us to feel that we are doing enough when, in fact, we aren’t at all.

More than that, when used in marketing campaigns, these little acts are actually harmful to the very groups intended to be helped. Tom’s one-for-one campaign, which at first appears philanthropic, donates one pair of shoes for every pair bought. Yet the reason Tom’s is still able to profit from the purchase is due to the company’s unethical manufacturing practices producing cheap enough products to give away. Even the promised donations fail to generate any lasting benefits in the receiving communities, if not undermining established infrastructure and existing businesses. Starbuck’s campaign for Ethos Water claims a five-cent donation to water products for every bottle sold, yet fails to mention the steep markup on the designer water, the environmental costs of tons of plastic waste created by the bottle use and production along with other controversies.

Then are these practices meaningless?

Of course not! For the activist, these good deeds are important to each individual in taking a moral stand but only as a first step. Shorter showers will not save the oceans. Reusable shopping bags cannot protect the coral reefs. Going vegan, while incredibly resource-efficient, using significantly less water, fuel and land than an omnivore diet, will not alone prevent further deforestation for agriculture, will not end animal cruelty or bring about economic justice. At least not alone.

If you truly believe in these causes, take your small actions a step further.

First World citizens may be the most responsible for the world’s economic inequality, habitat destruction and social injustice, but that means they also hold the most influence in affecting change.

Instead of discouraging knowing that it would take four earths to sustain your lifestyle no matter what you do to lower your carbon footprint, take courage that you live in a country where all these resources are at your fingertips.

Every good samaritan must empower themselves and those around them to take their goods deeds a step further. This is the path less traveled and takes more creativity and initiative but here is a general idea of what these steps may look like:

If your idea is more than what you can accomplish on your own, find someone who can. Don’t be afraid to reach out to other groups for support or to advocate for your idea to your local government, newspaper or even social media.

If you are more of an action-oriented person than idea-developer, join a group where your work is most needed. Dare to take your volunteering the next step by taking action only someone with your passion could accomplish. Make yourself invaluable to your cause and work in a way that inspires others to join you.

One person going vegan won’t save the world, but an ethical-consumption revolution sure can!

My Experience Taking a Gap Semester Instead of a Gap Year 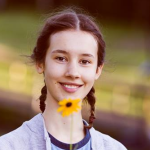