A necessary part of parenting is to guide your child through the ups and downs of their lives. There is a common belief that it is okay for parents to criticize their childrenor outright torment them, whether it be over small or big decisions. It is a silent rule to understand that these critiques are a part of the parenting process, telling your child what they are doing is wrong is a version of guiding them through life. But the truth behind this accepted belief is that criticizing your child does more harm than good.

We are all told from a young age to respect our elders and most of us carry this throughout our lives. But we never hear anything about our elders having to respect our youth. People under the age of eighteen often have their ideas shut down because they seem outlandish and know the words “because I said so” all too well. When it comes to children and teens doing something that is potentially damaging to themselves or their future, it makes complete sense for parents to guide them away from those situations. But when parents tell their children to stop doing something that is an inherent part of their personalities, or something that stems from the child’s own personal beliefs, the parents are creating a damaging situation.

Parents must remember that children and teens are highly creative and just because their thoughts might seem silly to you, doesn’t mean they don’t make sense.

Children and teens already deal with many insecurities that the parents might not even know about, so hearing that something they are doing or believe in is wrong only lowers their confidence. It also takes a hit to their creativity, because now in their minds a creative or unique thought is registered as wrong.

The most painful thing about a parent criticizing their children is who it is coming from. Once again, we are all raised to respect our elders and when an authority figure, someone the child looks up to, says something harsh towards them — they listen. They will listen to and remember a criticism from a parent more than anyone else.

So to the parents out there that actively criticize their children — just know that though it is your job to guide your children to make the right decisions, it isn’t your job to break their self-confidence. Kids remember everything, especially coming from someone they love. The best way of guiding your child is with love and acceptance of who they are.

The Mental Health Epidemic in Schools is Damaging Our Youth 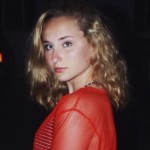