Prostitution: An Identity Or A Stigmatized Profession?

Prostitution is the world’s oldest trade. Throughout history, the sale of sex has been a necessity for some and a major point of contention for others. More often than not, the victims of the system are working class women who are subjected to humiliation and degradation, from their abusers and the authorities alike.

Before the 18th century, the term referred to any woman who took part in sex outside of wedlock, but by the 1700’s the term became used for the selling of sex. Sex workers existed beyond the definition of woman, taking control of their sexuality was a threat to male superiority and the role of a woman. The female sex worker was viewed as both immoral and a necessary evil. During the Victorian period, it was the middle class demographic that was mostly targeted by police, due to its visibility to the public. While the police weren’t so concerned with the moral well-being of the working class and the richer parts of society used private brothels, middle-class areas like the West End were visible to both press and foreign visitors.

In the 19th century, under the Contagious Diseases Act 1864, female sex workers were identified as dangerous. The Act enforced criminalization of prostitution as a gendered process, forcing identified prostitutes to receive medical inspections of their genitalia for diseases, compelling women to acknowledge their low status. The frequent police visits made it impossible for women to work discreetly and communities grew resistant to local prostitutes as they increased police presence in working-class areas. Overwhelmingly, the modern-day public view sex workers as just that. They reduce them to their profession as if that alone can tell you all you need to know about the person. It was the Contagious Diseases Act that solidified prostitution as an identity rather than an occupation.

Today, the criminalization of sex work is undergoing a period of so-called reform, but this reform only continues to enforce the stigma attached to prostitution. Criminalization serves the purpose of hiding prostitution from the community and perpetuates the idea of moral indecency.

Law is strongly connected to public opinion. Discrimination and stigma thrive in an environment where the nation’s authority is set against a group in society. Rebecca Mott, an ex-prostitute herself, spoke of attempting to share her experiences and was instead spoken over because people “place their views on prostitution above the words of the woman who is trying to speak.” Instead of sex workers being in control of their image, the representation of prostitution is shaped, first by the government in law making and then by the rest of the population taking direction from the law. The criminalization of sex work labels prostitution as moral indecency, a choice that someone should be held accountable for.

The Swedish Penal Code is the method of criminalisation preferred by radical feminists due to the provision of exit services and the decriminalization of those who sell sex. Chapter 23 of the code makes it an offense to purchase sex, and chapter 6, section 11, was amended in 2005 to include situations where a third party makes a payment. While there are variations around the globe as to how criminalization is modeled, the act of criminalization ultimately takes away autonomy from sex workers, 87% of whom are women in poverty, trying to find a way to support themselves. 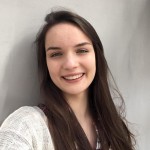 "And as all undesirable contents left the jar, Pandora catches hope before it can escape." - Theogony, Hesiod