Parents Charged With Abuse and Torture Of Their 13 Children

Southern California parents David and Louis Turpin have been arrested after their 13 children were found abused and held captive in their own home.

After two years of planning her escape, their 17-year-old daughter took a dangerous risk and jumped out the window from home to call 911 to report that she and her other 12 siblings were being held captive in the house.

Police were terrified to find the 13 children, ranging in ages from 2 to 29, tied and chained to furniture throughout the house. It was reported that the children were starved and very underweight.

The parents would buy food and leave it out for the children to see, but they were not allowed to eat it. And they were allowed to shower only once a year, forced to use the bathroom in their bed and regularly fed very little food.

If they were to wash their hands above their wrist, they would be tied with ropes and chains to their bed as a form of punishment.

Riverside County District Attorney Mike Hestrin said the journals that were found is “powerful evidence” in the case against the two parents.

“While kept captive in their home, the only thing the children were allowed to do was write in journals.” Hestrin said. “The hundreds of journals have been recovered and authorities are pouring through them.”

The lawyer for David Turpin reported to ABC News, “What we would like the public to know is that our clients are presumed to be innocent and that’s a very important presumption.”

If they are convicted, they are each going to face a sentence of 94 years in prison. The couple are said to be due back in court on February 23.

The Role of Fairytales in Modern Beauty Ideals 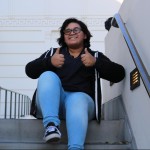