“Until lions have their historians, tales of the hunt shall always glorify the hunter”

The quote above is an ancient african proverb, meaning that until the history and stories of Africa are told by africans, the beauty and greatness will always glorify the hunter. This is directly shown in the portrayal of Africa in western media which only shows a single story of the diverse and beautiful continent. Because of the poor one sided portrayal of the second largest continent in the world when you think of Africa you might picture only negative qualities such as starving children, desolate water barren lands, or never ending wars. This false depiction gives people who have never been to Africa a misleading impression on the continent. Despite the existence of contemporary life and industrialized cities with running water and electricity stories and articles that depict Africa as one big homogenous country with wild animals and diseases run in favor than news involving solutions or positive stories that portray Africa and it’s 54 countries in an encouraging light.

When people find out my family is from Africa, specifically Eritrea they have a lot of questions. They want to know if I’ve ever seen a lion, if my parents grew up in a straw house, or what it is like having a monkey as a pet. As irritating as those ignorant questions are they stem from the way the continent is represented in mainstream media. When I reply that my family and I have only seen a lion at the zoo, the only people living in straw houses are ⅓ of the three little piggies, and the only person I know who has the luxury of having a monkey as a pet is Justin Bieber they are confused as to why the stereotypes about Africa don’t fit into my life.

The African diaspora began addressing this issue in 2015 when the hashtag #TheAfricaTheMediaNeverShowsYou began trending on twitter. It began on June 23rd when a twitter user asked her followers to join her in “showcasing the beauty of Africa”. The tweets that followed over a three day period showed everything from progressive politics, beautiful rural as well as urban landscapes, and diverse African fashion other than a dashiki.

As of today Africa is making progress economically, demographically, and financially. Africa is on track to account for more than half of the world’s population growth by 2050. At a time when much of the developed world’s workforce is shrinking, Africa’s will be expanding. Africa’s urbanization rate is at thirty seven percent, which is comparable to China and India, it is expected to be the fastest urbanizing region from 2020 to 2050. Over the last ten years real income per person jumped up thirty percent. Today, one third of the African continent is considered middle class. As for finances, in 2014 eighty five percent of Kenyans were using mobile money transfers. In terms of resources, Africa is rich in mineral and and natural resources. The continent makes up 99 percent of the world’s chrome resources. The whole world currently benefits from the continent of Africa. Africa doesn’t need to be saved, Africa is the one doing the saving.

Africa is a beautiful and diverse land mass, holding 54 countries, 2000 languages, 3000 tribes, and numerous religions. Africa has its poor and struggling who need help, but it also has its successes and triumphs as well. Just like any other continent or country Africa deserves fair and unbiased news coverage in mainstream media that focuses both on those in need and those who are prospering as well.

In this article:AFRICA, black, eritrea, ethiopia, international, RACE, sudan
Up Next:

8 Teenagers About What It’s Like To Experience A Dictatorship 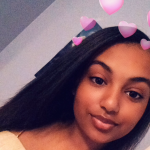 Cincinnati, Ohio. Eighteen. Xavier University 22'. "Not everything that is faced can be changed, but nothing can be changed until it is faced" - James Baldwin