Opening in early October, the signing store will be comprised of 20 to 25 employees fluent in American Sign Language and will be located at 6th and H Street in Washington, D.C., near Gaulladet University. Inspired by the success of Starbucks’ first signing store worldwide, which was opened in Malaysia in 2016, the D.C. location will serve as a safe space for Deaf and hard of hearing customers and employees to communicate comfortably and easily.

According to a statement released by Starbucks on July 19, nearly every aspect of the store will be aimed at promoting “accessibility and offer[ing] employment and career advancement opportunities” to individuals with auditory impairments. The store’s interior will feature artwork designed by Deaf artists, as well as aprons supplied by Deaf retailers. The aprons will feature the name of the company spelled out in American Sign Language symbols. Furniture and appliances will be specifically tailored to common needs within the Deaf community, such as low reflective glare surfaces.

Starbucks’ announcement of the signing store has drawn praise from a wide array of influential entities and individuals, including the Howard Rosenblum, the CEO of the National Association of the Deaf, and former United States Senator Tom Harkin, who helped pass the Americans with Disabilities Act in 1990.

Alongside the mandatory racial bias training instituted in late May of this year, Starbucks has initiated a variety of policies aimed at diffusing inclusion and accessibility across storefronts nationwide. For example, the insurance benefits offered by the company to employees include coverage to transgender individuals in need of gender reassignment surgery.

“Embracing diversity only enhances our work culture, it also drives our business success. It is the inclusion of these diverse experiences and perspectives that create a culture of empowerment, one that fosters innovation, economic growth and new ideas.”

In this article:deaf, signing, starbucks
Up Next: 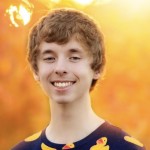