I Visited Hiroshima and Nagasaki And It Was Eye Opening

This summer, I had gotten the opportunity to take a month to travel throughout the country of the rising sun, Japan, on a school trip. From the hustle and bustle of neon Tokyo to the tranquil and peaceful mountainside of Hakone, I had a fantastic time exploring the culture and devouring the delicious food (read: ramen). However, I was also there for educational purposes, so inevitably, I had to visit the site of possibly one of the world’s most horrific tragedies, Hiroshima.

We all know what happened there. On August 6, 1945, at 8:16 a.m., the atomic bomb, named “Little Boy” was dropped upon the city of Hiroshima. Following that, three days later, another was dropped upon Nagasaki at around noon. According to the museum, the casualties tallied up to about 66,000 people from the initial bombing, but will then skyrocket to about 150,000 from injuries, radiation and causes of cancer. On paper alone, these statistics sounded horrifying enough already, but our goal that trip was to visit the Hiroshima Atomic Bomb Museum and Peace Memorial Park. To see for ourselves through photos, artifacts and remnants of the bombing nearly 73 years later.

I’ve heard from others who visited prior, “Be wary.” I was also told, “It was like a live haunted house, only the artifacts and stories were real.” Those words stuck with me as my class and I took the rail to the museum.

The day that we visited was sweltering and humid. The sun was scorching from above, down on us as we stood under the spotty trees, trying to hide from the burning ball in the sky. I remember jokingly (not really) complaining about the heat to my friends and teachers as we walked across the concrete ground. We visited the peace memorial first, and we got to take a good look at the Hiroshima Bomb Dome, also known as the Genbaku Dome.

I stood there for a good while after taking that photo, just staring at the building. They never rebuilt the dome. They left it as it was from the day the “Little Boy” dropped on Hiroshima. The rubble, concrete and deformed escape ladders on the side. I couldn’t help but wonder who were the people in those buildings, how they felt as they pressed up against the now shattered glass out of sheer curiosity, as the giant mushroom shaped cloud exploded into the air.

Then we proceeded to make our way towards the Atomic Bomb Museum, but not before stopping over at the Peace Bell in the Memorial. It was established in 1964, by a survivor of the bombing. It aimed to hopefully, one day, create true and everlasting peace in a world without nuclear weapons, violence, or war. The guide offered for one of us to ring the bell, and I jumped at the opportunity. The bell had a deep yet calming sound, and for a moment, it indeed did feel like I was reaching every corner of the world with a declaration of peace.

We then made our way over to the museum. There were no trees for about five minutes of walking towards the museum, so we often grunted and groans in the blazing sun. Some of us (me included), jumped at the opportunity to get a cup of shaved ice once we reached the cafe of the air-conditioned museum.

The museum was heartbreaking. On the top floor, there were the hard facts about the war and the bomb. Models, example and simulations of the explosion. However, the bottom floor, that was a lot more personal. Photos littered the wall of adults and children, their eyes void of life and bodies covered in burns. We learned just how hot it felt on that fateful morning to the citizens of Hiroshima. How it melted their skin, permanently deforms some, while outright murdered others. There were artifacts encased in glass, items like essential personal belongings, a watch stopped at 8:15 am, clothing, a child’s tricycle, accompanied by a plaque telling each item’s story and meaning. I stopped to read every single one of them and took the time to examine each piece. It was difficult to comprehend and observe at the same time because I couldn’t help but imagine what each person was like, what could’ve been if they were still alive. They might have been the key to curing cancer, or changing the world for the better, but how their time and future was stolen away with a drop of a bomb. Like the events of Hiroshima was being recreated right before my eyes again. Many times, I wanted to whip out my phone to take some photos, only finding myself unable to out of both grief and respect. As I continued to skim through the items, I realized that more and more tears were collecting in my eyes as I broke down in silent tears.

Throughout the entire museum, there was one photo that wouldn’t ever forget. A series of photos that spanned across the walls by a Japanese Photographer named Yoshito Matsushiges called “When (the) Atomic Bomb Struck – Uncensored” accompanied by a quote from the man himself, saying:

It was such a cruel sight that I couldn’t bring myself to press the shutter. Perhaps I hesitated there for about 20 minutes, but I finally summoned up the courage to take one picture. Then, I moved 4 or 5 meters forward to take the second picture. Even today, I clearly remember how the viewfinder was clouded over with my tears. Still, I had to press the shutter, so I harden my heart, and finally, I took the second shot.

After what felt like almost a decade, we left the museum. On the way back, none of us even dared to complain about the heat and humidity that lingered in the air. Because we all knew one thing for sure, those in Hiroshima on August 6, 1945, had it way worse than us.

Hiroshima now is a prospering city, with a population of about 1.194 million people. However, the topic of the Atom Bomb has been a taboo subject for years, showing no matter how far away those events may be, there is always fear somewhere in the hearts of those who reside in Hiroshima. I believe if everyone were to work together and drop their weapons, we will one day achieve complete world peace.

To close out my trip to Hiroshima, I wrote a Haiku as a dedication to those who suffered from the Hiroshima and Nagasaki bombings.

The Plight of the Shi’a Minority In Saudi Arabia

For Your Back-To-School List: Fairtrade Purchases And Ethics Education 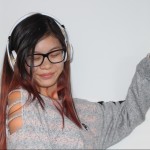 Just a normal girl trying get through life without tripping up