The Politics of High School Halloweens

If your high school is anything like mine, Halloween is a really big deal. Preparation starts the first day of the month and doesn’t stop until the morning of when we shrug on our costumes and go off to school.

For most people, the hardest part (besides picking the costume, of course) is figuring out who you’re going with. For me, this part was probably one of the easiest parts. I’ve had the same three best friends for the past two years; we knew we were going to dress up together without even having to say it.

In high school culture, joining or creating a Halloween group can cause as much stress as a consecutive math test, or even something as big as your SAT. People want to feel like they belong. Without a group to dress up with, Halloween can be an isolating and lonely time for many teenagers.

Think about your own school. People want to keep their groups as small as possible and include only their closest friends. They don’t like having to branch out during a time of year and deal with any potential discomfort. In those group pictures everyone takes and then sets as their Facebook cover photos and phone backgrounds, they don’t want to see people they don’t know well whenever they open their phone.

Although my group started with only four people, it has now expanded to a healthy 12, three times the original amount. Our group started to get bigger when we invited our friends, who then started inviting their friends. When this happens, there is a certain point where you no longer have control over who joins your group.

There was some apprehension (actually, a lot of apprehension) when more and more people started to come, most of whom not all of us knew. Group members, especially the ones who joined first, started to feel like these new members were going to make the dynamic awkward and uncomfortable. When people started asking to join the group, those worries only intensified.

Group members started to get restless. In the group chat, people suggested that we cap the group at 10 people, just to keep it small. It would be more fun for us, they said, if we only spent the holiday with the friends we care about.

When it comes to Halloween, “small” is synonymous to “exclusive.” We set out on our group not meaning for it to become so large, but large is seen as welcoming, and that value is so important, especially during Halloween.

At the end of the day, Halloween is all about having fun. None of us have the right to restrict someone else’s enjoyment. It creates an extremely toxic environment that only adds additional stress to high school students. We don’t need that. Besides, if you don’t like someone, just remind yourself that you’re being the bigger person. It’s only one day anyway. If your school is like mine, it’s not even a day, only six to seven hours.

Nobody likes to be the odd one out. It never feels good to be the outsider, or the “other.” Halloween builds an us against them mentality that all high school students have been the victim of at least once.

Just as we create our own stress, we can alleviate it. This Halloween, choose to be inclusive. Choose to do the right thing.

In this article:halloween
Up Next:

Buying Innocence And A’s: Elitism At My Prep School

Complex Versus Minimalist Writing: Which One is Better? 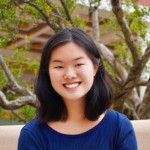 Lauren Cho is a high school student based outside of New York City. She is passionate about current events, social justice, young people's role in government, and CJ Cregg from the West Wing. When she is not writing, she can be found teaching herself the ukulele or listening to Button Poetry.

I’m a Wiccan. Here’s What it Means.

No, Hilary Duff, Cultural Appropriation is Not What Dreams Are Made Of