What We Need To Remember This Thanksgiving

Thanksgiving is right around the corner and everyone is surely excited for the upcoming four-day weekend, stuffing ourselves with food and spending time with friends and family. This holiday, celebrated every November, is a commemoration of the arrival of the pilgrims in the New World during 1621 and their historic, peaceful celebration with the Native Americans. But is it really? Though we associate Thanksgiving with a literal buffet of wholesome festivities and concepts, there are some things in its history that we should be reminded of.

When we think of Thanksgiving, Norman Rockwell’s “Freedom From Want” and Jean Leone Gerome Ferris’ “The First Thanksgiving” are what often pop into our minds. Rockwell’s “Freedom From Want” depicts a “typical” modernized Thanksgiving as it shows a mother or grandmother serving piping hot turkey in front of her family. This painting was the third part of Rockwell’s “Four Freedoms” series that were inspired by FDR’s State of the Union address during World War II. It was a great way to inspire patriotism, hope, and unity within citizens. But where are the Indians? Where are the Pilgrims? They aren’t present in this picture and neither are things they symbolize. But isn’t Rockwell’s painting the most accurate depiction of Thanksgiving? Yes, for us. The Thanksgiving you see now is a product of modernization; the way it’s specifically celebrated has been rather recent in terms of holidays.

“Freedom From Want” by Norman Rockwell

We also see in Ferris’ “The First Thanksgiving” a seemingly historical interpretation of that fateful day on 1621. The typical Native Indian dressed in their feather hats, receiving food from the Pilgrims as if it had rained after a year of drought. They have also been strategically placed on the ground whilst the Pilgrims are situated on a table. Even now that image of Indians with the feather hat, tainted red face, and that incredible aura of inferiority has been engraved in the minds of both children and adults. But we still have Indians and Pilgrims in the picture right? Well, not exactly.

The Indians and the Pilgrims obviously didn’t stay as friends, and the year after 1621 – and pretty much every year after until the 1860s, Thanksgiving wasn’t celebrated. Ever since then the holiday has basically been everything but those two groups. That first Thanksgiving image we have is not only historically inaccurate but damaging. Does anyone know about King Philip’s War? What do you know about the War of 1812? For hundreds of years we have been trying to kill off Native Americans and even until now, they don’t have the representation they deserve.

Celebrating actual friendships and family as well as giving thanks is a pretty awesome thing to do, and why should we care about what happened 400 years ago when it doesn’t affect us today?

We need to ask more questions, we need to do more research, and we need to reflect more often because these things are integral parts of not only our history but our identity. You don’t need to necessarily change them, that’s not the point of this article. According to High Country News, just 81 Native Americans hold office state legislatures across the country as of 2018. Even then there are still some states that do not allow Native Americans to vote. We have a damaged perception of Natives and an idealized perception of Pilgrims. Not a lot of us care about what happened to the Indians and what is still happening to them. We disrespectfully incorporate them into our music festivals, our G-rated Disney movies, stomp on their civil rights, and just overall forget that they exist.

So when you sit down this Thursday with your family and friends, maybe take a few seconds to acknowledge history and how it’s changed and shaped the situation you’re in at that present moment.

In this article:america, culture, ethnic minority, representation
Up Next:

There’s No Such Thing as “Not Black Enough”

How Racial Targeting Prevents Black People From Living Their Lives 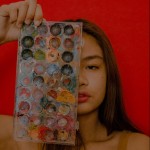 Alexa is a sixteen year old writer, artist, and photographer in progress living in L.A. She often does spontaneous photo shoots and carries a strong belief in the Law of Attraction. When she’s not trying to wrap her mind around existential and sentimental questions, you can find her making the best out of life.