The streets of Paris escalated into a war zone as “Gilets Jaunes” (yellow vest) protesters battled with the French riot police on December 1, in the third weekend of nationwide unrest.

French authorities fired tear gas, stun grenades and water cannons to disperse the crowds while masked protesters hurled projectiles, damaging retail stores with metal bars and setting buildings on fire. Some going as far as to deface the Arc de Triomphe with “the yellow vests will triumph.”

At least 110 people were injured, including 17 members of the security forces, and 270 arrests were made and the violence that ensued caused Department stores and metro stations to close its doors.

The Rise of the ‘Yellow Vest’

The ‘Yellow Vest’ movement, named for the high-visibility jackets required to be carried in every vehicle by law, erupted on social media in October with calls for mass blockades of roads and highways. This surge is due to the rising anger at high taxes and living costs and on a broader scale; to criticize President Macron’s economic policies.

Earlier this year, Macron announced tax increases on fuel, which is to be introduced in January 2019. Gas taxes will rise by €0.029 per liter ($0.12 a gallon) and taxes on diesel, a fuel once heavily promoted in France that is now being proactively phased out, will rise to €0.065 a liter ($0.24 a gallon).

Macron’s policy is seen as an indifference to the harsh living conditions of the French working class. The soon to be enacted tax measure for 2019 gaslighted the rising number of ‘Yellow Vest’ rallies.

In a series of tweets, President Macron states the protests ‘has nothing to do with the peaceful expression of legitimate anger’ and that ‘The culprits of [this] violence do not want change […] they want chaos.’

The ‘Yellow Vest’ protesters no doubt did bring their message to the heart of France but they did at the cost of destruction and violence. As the world watches President Macron’s next move, the need to review the timeframe of tax measures on gas and its impact on the common folk is definite. 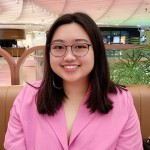