Now That the Green New Deal is Out, What's Next?

The environment is a hot topic today throughout the world, so much so that the public has began to show a great deal of interest. This push became especially strong by the end of 2018. This lead to February 7, the day congresswoman Alexandria Ocasio-Cortez, a Democrat representing the 14th District New York, proposed a Green New Deal resolution for the legislative branch to consider. While the purpose of this bill was positive, other Democrats in Congress expressed no plans to tackle climate change and pollution in their agenda. Nothing regarding the state of the environment was done until Ocasio-Cortez, along with the help of Senate Democrat Ed Markey from Massachusetts, laid out specific goals and programs to start on a Green New Deal. This gave Congress something to argue about, but what exactly is this GND?

Alexandria Ocasio-Cortez speaks at a rally for the Green New Deal. Photo by Stefani Reynolds

To put it simply, the Green New Deal is a bill that aimed to tackle climate change and transform the global economy to be environment-friendly. Through progressive politics, it planned to prioritize “the safety, health, and dignity of ordinary people.” Another important concept of the GND was to invest in providing energy-efficient jobs. Not only would this save the planet, but it would provide new careers for the unemployed. It’s important to note that this piece of legislation isn’t new; actually, in 2007, a New York Times columnist established the concept, calling it a kind of “green globalism.” Now, with the help of Ocasio-Cortez, the GND has found its way back into Washington, becoming a hot-button issue in Congress. The only problem became something that Ocasio-Cortez and Markey couldn’t have predicted; the other Democrats in Congress were actually against the GND.

By the end of March, Congress held a vote on the Green New Deal, and it failed with a whopping vote of 57-0. Every present Republican and four Democrats voted against the bill; the other 43 Democrats were still present, but wanted to avoid conflict within the party by not voting at all. While the policy seemed great in principal, there were many matters that were left unrecognized. Not only were the costs and expenses of such a plan never specified, but the decade-long period seemed to short for some policy analysts. Both Democrats and Republicans alike didn’t see success as a likely outcome. In addition to these, the GND was also said to not have passed because it failed to define clean vs. renewable energy, address carbon pricing, talk about public space and density, and many other matters. Essentially, the GND was very ambitious and innovative in nature, but failed to provide detailed policy change. So now that the GND is gone, how are we supposed to save the Earth? 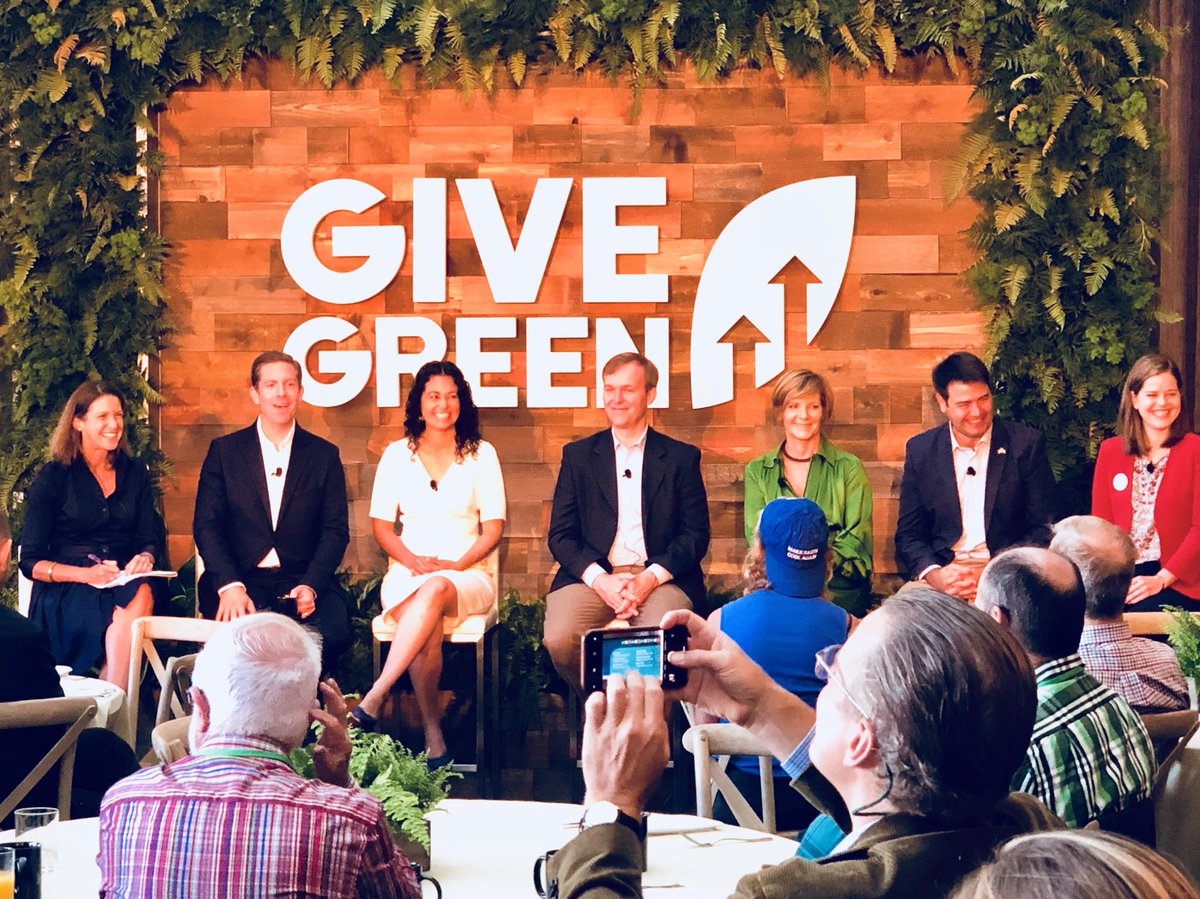 House Democrat Mike Levin from the 49th District of California speaks at a Give Green event. Photo via Twitter

Although the Green New Deal is a thing of the past, Democrats are not planning to stop looking for ways to address climate change. Ocasio-Cortez and other members of Congress are looking for opportunities to save the environment, such as a series of smaller, more specific bills to combat environmental decay. While Ocasio-Cortez still faces major criticism, she’s continuing to improve environment legislation for the better.And the thing is, she’s not wrong.

Studies show that the problem of the environment is worse than we thing. While Congress has made attempts to fix the environment, we’re still facing major issues like climate change, toxic emissions, and many more daunting tasks. The good thing is that scientists and researchers all over the globe are looking into new ways of saving Earth. For instance, new concepts like geoengineering, reversing urbanization, and many more are being considered as last resorts for restoring the environment. Although time may be running out, there are definitely people taking on the big task of saving our Earth.

In this article:climate change, congress, Environment, politics, Pollution, real life
Up Next: