A Beginner's Guide For Voting In The Indian General Elections

The 2019 Indian General Elections are here, which means it’s time for every Indian who is 18 and above to exercise their constitutional right to vote. For many of us, it is probably our first time. So in order to make things easier, here is a handy guide of things to keep in mind before you go out and vote at your nearest voting booth:

It’s easy to forget this in the midst of everyone being heavily invested in the US elections, but India is not the United States of America. India has a parliamentary democracy, unlike the US, which has Presidential candidates. The main thing voters should be concerned about is the policies and plans of the people they are trying to elect.

According to the Constitution, the MPs of the majority party elect the Prime Minister amongst themselves. Our vote only helps those people get up to the parliament. We don’t control who becomes Prime Minister or who gets to be in his/her cabinet. This is why the voters need to focus on getting the right people with the right policies to represent their constituencies. This should be a no brainer but people tend to overlook one or both of them sometimes! Yes, there are some pressing national issues that require immediate attention, but that doesn’t mean you ignore problems at the ground level and vice versa. Pay attention to the policies and plans and see that they focus on both ends of the spectrum. These candidates are going to represent you and your issues in the parliament, so make sure you vote for someone who has the best local and national interest in mind.

Sure, the BJP is making this election out to be parliamentary with presidential characteristics, but that doesn’t mean you have to see it that way. No one can predict how the 900 million voters of the world’s largest democracy will vote. Not all parties are the same and there are a number of reasons as to why a person chooses to vote for someone. They can be anything from emotional to personal or political. This spectrum is non-binary. It can be Rahul Gandhi or it can be Narendra Modi, or it can be an entirely independent party or literally none of the above. You cannot predict this. So don’t think this is about any of the two people mentioned above. Remember – we are electing a party/its candidates, not the Prime Minister. Deciding who will be PM is the job of the people you elect, even if you already have a rough idea of who it might be. Don’t let that affect who you vote for. This is probably the most important thing to keep in mind before you go out and vote. NOTA (None of the Above) is an option granted to every voter by the Constitution of India. You can use it when you don’t agree with the policies or don’t like any of the candidates that are running for elections in your constituency. It might seem like a cop out and maybe it’s not the wisest option out there, but at the end of the day, it is your right to express your opinion and NOTA lets you do exactly that.

There is a word that is being thrown around a lot lately without much thought or context. That word is ‘anti-national’. If someone disagrees with the ruling commodity – no matter who it is, their supporters and leaders aren’t afraid to label you as anti-national. People often confuse nationalism with patriotism. They are two extremely different things. A patriot is someone who simply loves their country. A nationalist is someone who believes their national identity is somehow superior. In fact, Indian nationalism has always been about being inclusive and liberal. So it would actually be anti-national to segregate people and discriminate on the basis of caste, creed, religion, etc. So when you go out and vote, don’t be afraid to express your opinion. Voting for a certain candidate isn’t a parameter for your nationalism. India is a free country and you have the fundamental right to speak your mind. So, do it.

Last but not least, please go out and vote. People always say, “My one vote wouldn’t matter anyway.” or “What is the point, one person’s vote doesn’t change anything?” I’m here to tell you, that’s not true! Believe it or not, your vote means everything. Every single person counts. Look at what happened with the Brexit vote of 2016. The margin was so short. If more people had voted, the tide would have been completely different. Now, look at the 2018 US Midterm Elections. People went out and voted because they were fed up of the current government and they wanted change. And they managed to bring about just that as Democrats took control of the House again. You have the power to bring about change. All you have to is go to your nearest voting booth and VOTE. Plus, you get to flex your inked finger on Instagram. So please, go out and vote. 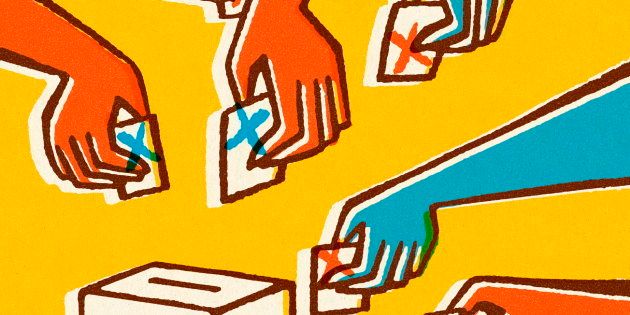 I’m a 19 year old Journalism student from Mumbai currently studying in the United Kingdom. A certified feminist, I’m not afraid to express my opinions. I stand up for what I believe in and fight for the voices that cannot. I love to read books and binge watch movies and tv shows and keep up to date with pop culture. Listening to music is my go-to comfort idea. I’m also an avid cricket fan and love a good game of badminton.