Right now the situation in Venezuela is tense, to say the least. Two men Nicolás Maduro and Juan Guaidó are fighting for control of the country. The country is in dire straits with a terrible economic crisis, there’s hyperinflation that has destroyed in value in the country’s currency. Every day civilians face massive food shortages and medicine is in short supply. In the last couple years over three million Venezuelans have fled the country. It’s no exaggeration I think, to say that this is a battle that will decide the fate of this country. Neither man is willing to step down and this is certain to be a drag-out fight till the very end.

Maduro is a dictator in any sense of the word, he took over almost complete control of the country in a suffocating political grip, his word is the final law in the collapsing country and many citizens have no choice but to listen. It wasn’t always like this and Maduro’s rise to power is a relatively new development in the country’s modern history. Venezuela has been a federal republic with five different branches of government, executive power has been left to the president who is voted in from an election and the legislative power is with the national assembly which is made of 165 members. The two work together to make changes in the government.

‘The change started happening in 2013 when Hugo Chavez who was the socialist leader of the leftist party and president of Venezuela for many years died right before the next election. Hugo Chavez claimed that Maduro, who was his vice president, should be his successor and win the election. Later that year Maduro did win the election by a very narrow margin of less than two percent against the opposition opponent Henrique Capriles. Henrique who represented the centrist party called Justice First claimed that there needed to be a serious recount of the votes with more than 300,000 incidents that needed an investigation from the polls. However, with leaders like Putin and Castro congratulating him, Maduro was officially sworn in as president.

Maduro speaking to a crowd in Venezuela

Maduro quickly began exerting control over the country in the following months expelling US diplomats and banning certain journalists from entering the country at all. Protests and demonstrations pointing out the sorry state of the country’s economy and social freedoms were often met with by violence, eventually leading to the death of three citizens. This all comes to head when Maduro makes his major move. After declaring a national economic emergency for the country, Maduro unveils his master scheme, an executive order that would completely reshape the legislative National Assembly. He called for the creation of a new body of government called the “Constituent National Assembly,” this would be made of 500 members chosen by local elections set only in areas with heavy support for Maduro and with a final decision of candidates made by Maduro. Essentially a  group of 500 pro-Maduro supporters who could go above the Venezuelan constitution and cancel out the National Assembly.

Despite the violent riots and protests, the vote to replace the National Assembly with Maduro’s new fraudulent assembly passed unsurprisingly. Maduro had successfully created a new government for himself where he can essentially do whatever he wants with the support of his five hundred member political army. He has strong-armed the entire Republic of Venezuela.

A large crowd of Maduro supporters

Now after Maduro has won his next election and the country is in utter disarray, Juan Guaidó, the leader of the defunct National Assembly, has declared himself as the legitimate president of Venezuela. The United States immediately backed him and soon many neighboring countries also lent their support. Since then he has been putting up a fight against Maduro both politically and in the streets. However, he has been struggling. Just a couple of days ago, Guaidó faced a major failure with his plan “Operation Liberty” in which he called for a nationwide uprising against Maduro. It was brutally squashed with many atrocious acts by Maduro’s regime including driving armored vehicles into the crowds.

US Secretary of State Mike Pompeo has said that the US has a full range of options to help Guaidó in this fight including bringing in US military force. While I don’t believe military involvement is necessary, I think that they absolutely should do everything that they can, Maduro is a violent and manipulative tyrant. He has rewritten the Venezuelan government to serve himself and no one else. He is a brutal ruler showing time and time again that he will shut down and shut up any opposition to his rule through violent methods. The Venezuelan people need help desperately and Maduro is just bringing the crumbling country down more and more every day. He needs to go and we need to help somehow. 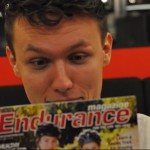