The overall rate of pregnancy-related deaths has increased, and America leads the industrialized world in its maternal mortality rate according to a 2016 analysis published by The Lancet. To make matters worse, African-American women are three to four times more likely to die as a result of pregnancy-related causes than white women. According to the Centers for Disease Control and Prevention, there is an obvious racial disparity regarding maternal mortality in Black women. “Basically, black women are undervalued. They are not monitored as carefully as white women are. When they do present with symptoms, they are often dismissed,” said Dr. Ana Langer, director of the Women and Health Initiative at the Harvard T.H. Chan School of Public Health in Boston. The problem is bigger than pregnancy; it’s a racial problem.

After giving birth to her daughter Alexis Olympia, tennis superstar Serena Williams was bedridden for the first six weeks of motherhood. Her borderline-disastrous delivery included scary blood clots in the lungs leading to pulmonary embolism, a coughing fit that reopened her C-section wounds, and a large hematoma that landed her right back in the hospital. On top of this, her request for a night nurse to monitor her overnight was denied, and her doctors didn’t believe that she had any serious blood clots until she seriously demanded a CT scan. After this horrifying experience, Williams chose to share her story because her’s is far from an anomaly.

In her newest Netflix documentary titled “Homecoming“, Beyoncé revealed her “extremely difficult” pregnancy with her twins Rumi and Sir. Preeclampsia, a condition including high blood pressure and damage to either the liver or the kidneys, dominated her pregnancy experience, among other things. Even more concerning was that one of her babies’ heartbeats paused a couple of times, resulting in an emergency C-section. This same condition has led to causing around 76,000 maternal deaths, many of which were of African-American women. After the whole ordeal, she told Good Morning America that, “I was in survival mode and did not grasp it all until months later. Today I have a connection to any parent who has been through such an experience.” 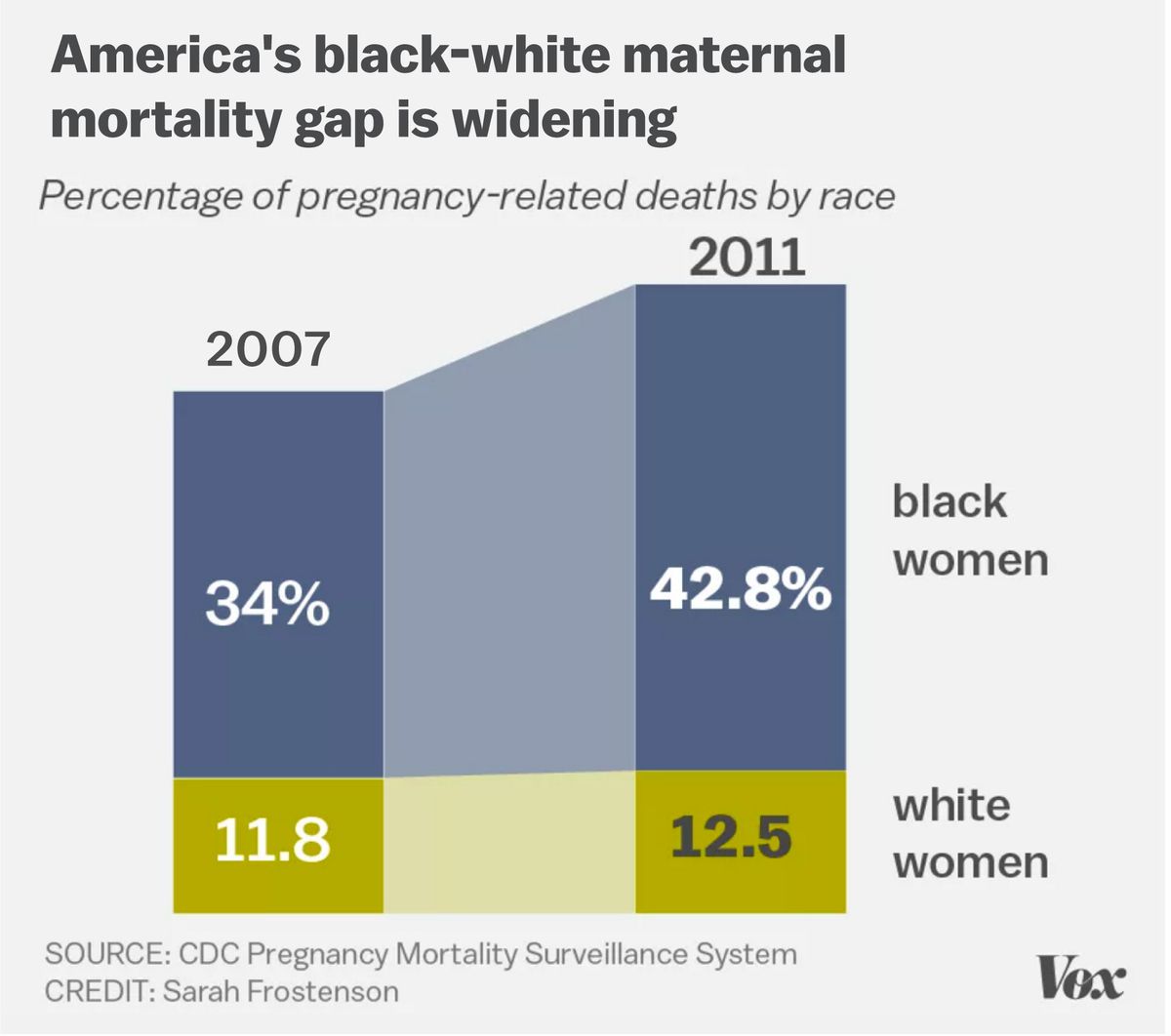 The resemblance of these stories, and many more in the African-American community, are uncanny. Racial discrimination is to blame for the treatment of pregnant Black women. “Basically, black women are undervalued,” Dr. Langer told the American Heart Association. “They are not monitored as carefully as white women are. When they do present with symptoms, they are often dismissed.” In addition, the CDC reported that three in five pregnancy-related deaths could’ve been prevented. As the director of The Women and Health Initiative, Langer wants to change that. The WHI is an organization that “recognizes that, due to persistent social and gender inequality around the world, girls and women experience increased risk of ill-health and injustice within the health sector” and says “that female-driven solutions rooted in gender equality and women’s empowerment will strengthen health systems to better address women’s needs.” In addition to the WHI, 2020 presidential candidates are calling attention to the unfairness in the health care system. Senators Kamala Harris (D-CA) and Elizabeth Warren (D-MA) are both raising awareness of the disproportionate treatment, and getting to the root of the cause. Although there are forces that prefer to see African-Americans suffer, there are many people working to create equality in healthcare for pregnant women who simply want to introduce the gift of life.

In this article:health, racial, racism, representation, YOUTH
Up Next:

Ways To Deal With Student Stress And Burnout

Maximizing Your College Experience As A Commuter Student