Brazil is unlike many other countries. Here we only have three years of high school, where there is an intense amount of content and exams each and every week of the year. The grades don’t work like in the United States, where it’s based on letter scale (from A to F); here, the grades are from 0 to 10 and the least you’ve got to get to not fail is a 7, the rough equivalent of a C. The way the exams are around the country is different, but where I live it has been a complete nightmare.

Before 2018, I had studied in one school for my whole life. I knew the name of every single person who studied (from ages 2 to 15) and everyone that worked there. There were sixteen people in my classroom, who I had been studying with for at least 4 years, and my grades varied only from 8, 5 to 10– much above the average 7.

2018, though, was a completely different story. First of all, I changed schools. I went from a classroom with 16 kids to one with 36 teenagers and that was a hard thing all by itself. I was aware of the constant exams and pressure but I thought it was the right decision for me, I just didn’t know it would be this excruciating.

The second thing I noticed was that the subject that was named “science” was now divided into three topics: biology, chemistry and physics. Besides that, most Brazilian high school students have to study English/Spanish, Portuguese, Literature, Math 1, Math 2, Geography, History, Philosophy (for the first semester), Sociology (for the second semester), Art and Essay-writing. So, I have fourteen subjects all year long (except for sociology and philosophy which are alternate by semester).

The third thing is that I have a block of exams every Saturday at 7:30 am (the idea that Fridays were filled with hanging out with friends was over for me). I have to, every week, study for three different subjects. One week is human sciences (geography, history and sociology/philosophy), the other is natural sciences (physics, biology, and chemistry) the other is languages (Literature, Portuguese, English/ Spanish, and essay writing) and finally a fourth weekend, which is Math 1, Math 2 and Arts. I will just say that it is physically impossible to study for all of the content of all the subjects every week, you always end up sacrificing one grade for the sake of another.

After the first exam of Human Sciences I took, I felt pretty confident, those were subjects that I knew very well and though I felt like the exams had been tough, I was sure I had handled it. My grade in History was the lowest I had ever gotten and the thought that I had studied so much and hadn’t got the grade gave me endless days (and months) of anxiety. It didn’t feel right to me that all of a sudden the things I was good at were giving me sleepless nights.

I started to study harder, and on the weeks that I had the subjects that I was worst at, I tripled the study hours. My grades did start to improve, but nothing compared to my previous academic years. Now I got excited with a 7, whereas in past school years it would be a disappointing grade.

It seems that though I am given more content more intensively, I am just getting more tired. For instance, I have been a bookworm for all of my life but can’t stand to look at a book after a whole day of studying; I love writing, but after 5 hours doing schoolwork just the thought of it makes me anxious. I began to be good at answering multiple choice questions and memorizing, but at the same time, I have less time to read, exercise, to interact socially, sleep and invest time in other interests besides school.

If the definition of intelligence that we want to pass on to teens is the capacity to answer standardized test, then my generation is the smartest that there’s ever been. But if we think of how debilitating the current system is and start to induce students to critical thinking, reading, sports and artistic abilities, there’s a chance of creating a more inclusive and human education, where every teen will be encouraged to reach their full potential on any topic that they desire.

In this article:#highschool, Brazil, grades, homework, school, smart, teenagers, teens
Up Next:

The Rise of Social Media Activism: Is It Effective? 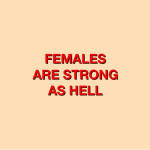