Pete Buttigieg and Kamala Harris May Not Be for POC

Mayor Pete Buttigieg and Senator Kamala Harris are two Democratic presidential candidates that have a history that deters minority voters. This piece is to break down and analyze these candidates and how their stances on certain positions may alienate minority voters.

Pete Buttigieg has recently polled at zero percent for Black Democratic voters. This has dragged his overall support down by five percent. Buttigieg has tried to appeal to black voters. Last month, Buttigieg proposed his Douglass Plan. Named after Frederick Douglass, this plan would improve Black Americans’ lives by reforming credit scoring, reducing racist policies in voting, and increase federal government contracts with minority businesses.  He insists this plan and seeing him in action would garner more support by Black Americans if only he had more time.

However, the South Bend Mayor is short on time due to backlash from his town on the fatal shooting of Eric Logan. 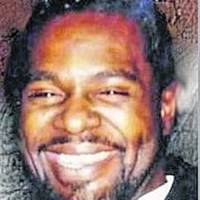 Picture of Eric Logan from his obituary on Legacy.com

Reportedly, Sergeant Ryan O’Neill responded to a call about an individual looking into cars. Logan allegedly showed a knife and was shot by O’Neill who did not have his body cam on. Logan was then transferred to the hospital by another police officer, in a police car. Last Wednesday, Logan’s family filed a federal lawsuit against Sergeant Ryan O’Neill for using excessive deadly force and unlawful treatment due to race and against the city of South Bend for not properly training its police officers.

Residents of South Bend expressed outrage at the paid administrative leave O’Neill was given after fatally shooting Logan. They also verbally attacked Buttigieg on not making any changes to the police department after the shooting and brought up other racist issues in South Bend’s police that Buttigieg has not addressed. There has been a history of racist statements from O’Neill, to the demotion and firing of the first head black officer and a woman who heard tapes that documented racism from police officers. Buttigieg has insisted that it is out of his jurisdiction, and has not made any changes to his police department.

Additionally, Buttigieg has been accused of gentrification. In his “1,000 Homes, 1,000 Days” campaign he picked a number of vacant or abandoned homes in the area for demolition or repairs. Two women, Stacey Odom and Regina Williams-Preston, had their properties demolished under the plan and accuse Buttigieg of displacing minority members and attempting to gentrify the community. However, Washington Monthly reports that while Odom was unaware she was slated for demolition and Williams-Preston had to spend her moeny on her sick husband rather than financing her house, no one was displaced in Buttigieg’s plan.

Despite the critique, Buttigieg has been acknowledged as being transparent and a positive force to some members of the community. Buttigeg wrote to the Department of Justice for their input on handling Logan’s death, and has been credited with uplifting the citizens who are disadvantaged.

Such as working with the President of the NAACP of South Bend, renovating the community center, worked with small businesses owned by minorities and more, Buttigieg has proven to be an ally to the Black community in South Bend. In an interview with CNN’s David Axelrod, Buttigieg claims that he is “not interested in winning without Black support. I’m interested in winning Black support and deserving to win Black support.” He references his Douglass Plan and modifying the criminal justice program to community members.  Yet, the issue of Logan’s death by a police officer and racism in South Bend’s police department has made voters wary of him and his popularity has taken a hit in polls.

In the same CNN poll that showed Buttigieg’s decline, Kamala Harris has risen as the most favorable. This can be accredited to Kamala Harris confronting Joe Biden on school integration and busing which we saw plummeted Biden’s support from Black voters.

Kamala Harris has been polled as the third most favorable candidate. Presenting herself as an advocate for everyone, she has spoken about immigration, her experience as a person of color, and she has recently attended San Francisco Pride, donning a rainbow jacket.

However, she has received some push back from those on Twitter and been accused of pandering to these communities rather than actually seeking to help them. Her history as a prosecutor makes some people of color and LGBT+ individuals wary of her best interests.

Why You Shouldn't Support Kamala Harris For The Upcoming 2020 Election: a thread pic.twitter.com/rJVDSfJ5tQ

Kamala Harris has also been charged by those in the Black community with arresting a high amount of Black men on petty charges.

Afropunk released an article providing information on this. By not supporting the legalization of marijuana in California, Harris allowed Black men to be arrested at a higher rate and risked lives by not supporting policemen to wear body cameras and opposed legislation for her office to investigate police shootings. Her support of the 3 strikes law has also affected the Black community, which incarcerates Black folks 12 times more than white.

Harris has also been rocked at her time as a prosecutor with a crime lab contamination scandal  which adds no confidence when the wrongly incarcerated individuals like Daniel Larsen and Jamal Trulove have come forward blaming her specifically for their incarceration.

Neither of these candidates are necessarily villains, but it should be interesting to learn what they have stood for. As a person of color, Buttigieg may make some voters feel unsafe. If he cannot properly deal with a wrongful death of a Black man in his own town, how can he run the country? Or, if there is racism involved in his town’s police station and he does nothing about it, how can he handle a country with bigger issues? Again, as a person of color, Harris may not be the best candidate due to her involvement in wrongful conviction and lock-up of Black men. To LGBT voters, her role in transgender issues should be held accountable. As a potential voter for the 2020 elections, it should be incredibly important to be informed on who you will vote for.

Immigration and Identity Politics — Analysis of The Squad’s House Testimony