Last June in Russia, sisters Krestina, Angelina and Maria Khachaturyan were accused of murdering their father Mikhail in July 2018. They are now in court facing a sentence of 20 years for pre-meditated murder. However, the sisters claim, and reportedly the courts have evidence of, their father psychologically, physically and sexually abusing them.

When the sisters, who at the time were aged 17, 18 and 19, committed the act the sisters called the police and were arrested. In their statements,  they revealed that their father kept them as prisoners. Due to the abuse, psychiatrists have assessed the girls with having Post-Traumatic Stress Disorder (PTSD). The girl’s mother also faced abuse by Mikhail and was unable to contact the girls. She and neighbors of the family called the police multiple times on him but they received no aid. 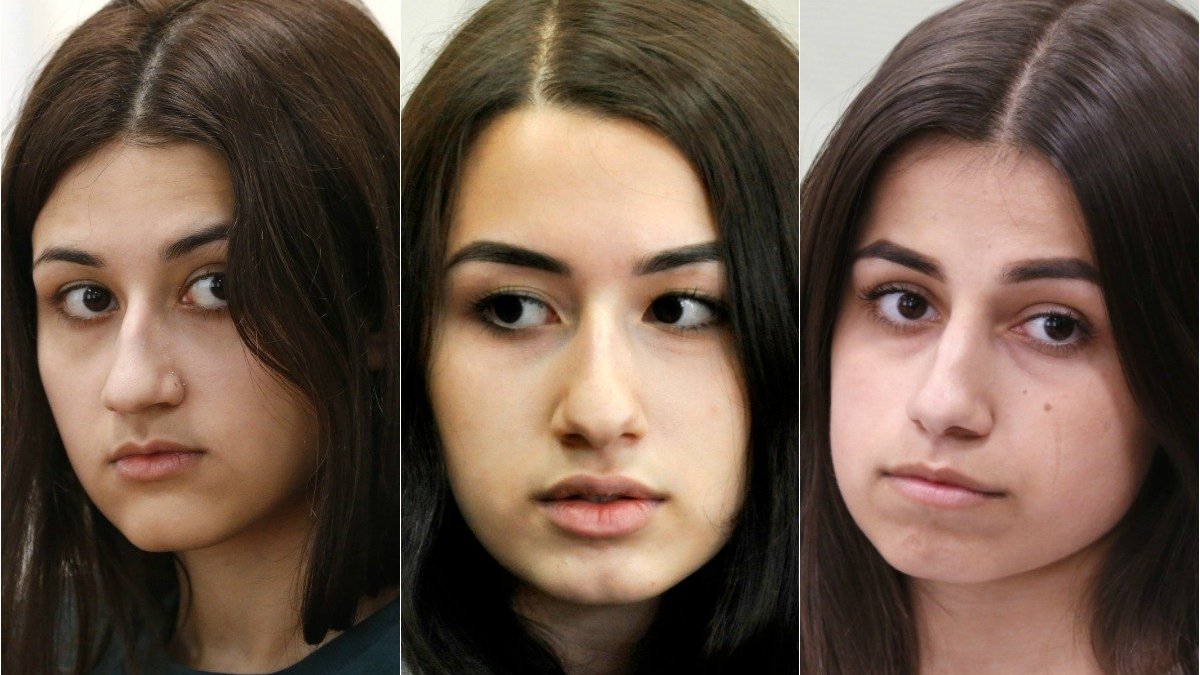 From left to right, Maria, Krestina, and Angelina. Source

It is a case that has torn Russian citizens- some claim it is self-defense and others call it murder. Yet, the charge of the girls facing domestic abuse adds something to the case that is unusual.

Russian police treat domestic violence as a family issue and tend to be not involved. Legally, a first-time offender who beats a family member but not badly enough to be hospitalized will be fined or jailed for two weeks. This case has given human rights activists the opportunity to claim that the girls are victims and should be treated as such, hoping to bring more awareness to the domestic violence laws and protection that do not protect those who suffer from domestic abuse.

Protests have erupted in Moscow, with musicians such as the Pussy Riot showing solidarity in free music, protests and rallies held before political offices all which are closely watched by the police. There have been protests internationally from New York, Berlin, Vancouver, to Buenos Aires. There is even a defense fund raised for the sisters through donations, merchandise sold at the free music performances, and activists encourage writing letters of support to the sisters who are currently under house arrest and unable to communicate with each other.

Domestic abuse in Russia reportedly occurs to every one in four families, and experts claim that 80% of women who are jailed are imprisoned for killing an abusive partner in self-defense.  In fact, it is so prevalent, that this tattoo artist covers up scars of women who were domestically abused for free. This case is not the first to highlight domestic abuse, Margarita Gracheva came forward in December 2017 because her husband chopped off her hands with an ax.

The trial for the sisters is being slowly handled, with deliberation over what to do with the girls still up in the air. Russian citizens are determined to keep attention on this case to change the laws on domestic violence- something that the police desperately do not want them to focus on.

Russia is not alone in its lack of involvement on handling domestic abuse. Of 169 countries, less than half enforce Violence Against Women laws that protect a woman of rape, marital rape, domestic violence, and sexual harassment. According to other statistics, domestic violence laws internationally vary intensely, something that is very troubling.

Organizations like Violence Against Women provide resources for those who want to better the legislation for women on an international scale, Domestic Shelters provide information on shelters at a global scale and call centers should be available in most countries. However, this case, and these protesters who are standing up for these sisters are providing an additional resource-hope that there will be change and justice.

Trudeau Seeks Forgiveness In Brown-face Scandal, Will Canadians Give it To Him?