This week, citizens in various parts of the United States endured the emotional labor produced by an impending Category-5 hurricane named Dorian. After making its rounds in the Bahamas, Hurricane Dorian left the island far from being unscathed, with the death toll now sitting at 30 people and over 75,000 residents in desperate need of basic necessities.

Although it’s been downgraded to a Category-1 storm, the hurricane’s vigorous winds and potential to wreak irreversible havoc on various states has flared anxieties in places such as North Carolina and Florida, two areas already inflicted in the catastrophe. As one storm rages on, citizens are finding themselves roiled in another. They are waking up not only amid a hazardous weather event, but also to a tweetstorm, the source of which is none other than the President himself.

On Sunday morning, President Trump initiated what would be the first utterance in a series of objectionable statements via his platform of choice: Twitter. The message appeared well-intentioned, as it alerted users to be wary of the hurricane’s gravity and proximity to US borders.

In addition to Florida – South Carolina, North Carolina, Georgia, and Alabama, will most likely be hit (much) harder than anticipated. Looking like one of the largest hurricanes ever. Already category 5. BE CAREFUL! GOD BLESS EVERYONE!

However, critics were quick to point out one consequential error in the President’s seemingly benevolent public service announcement. The President had listed Alabama as one of the states most at risk of being ravaged. However, an overwhelming majority of projections decidedly exclude Alabama when outlining areas within the path of a dauntless Dorian.

Even those with little scientific understanding might deduce upon examining a map that the hurricane, whilst traveling up the East Coast, has a negligible chance of drastically changing course and bumping into the state of Alabama, which remains a hefty 250 miles away from Florida’s East Coast at its closest point. 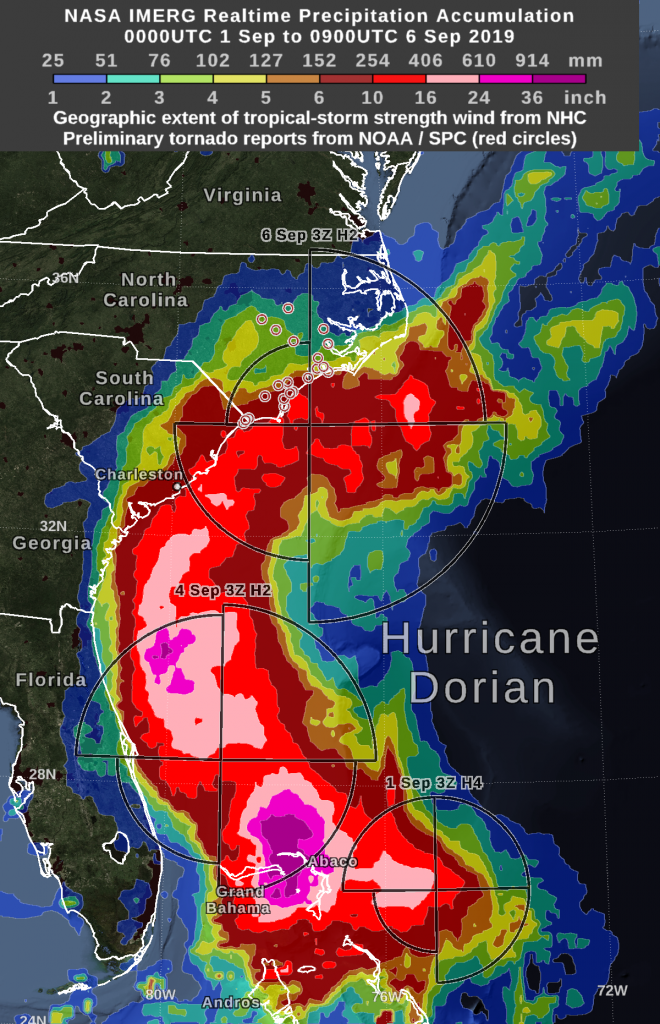 Despite being refuted by various meterological experts, most notably the Birmingham branch of the National Weather Service, which tweeted definitively that Alabama will not be affected by the storm, Trump went out of his way to postulate that possibility. Nearly 2 hours after his initial tweet, he said to reporters that “Alabama is going to get a piece of it, it looks like,” and made similar claims later again in a FEMA briefing.

Though some might expect this episode to wane in both relevance and intensity, like most of the President’s charades usually do with today’s expedited news cycle and his unpredictability, the kerfuffle lived on to escalate into an outright scandal.

On Wednesday, President Trump sat in the Oval Office and presented what appeared to be an altered map originally retrieved from the National Oceanic and Atmospheric Administration. The map was first formulated a week ago, and a line was fashioned onto it using black marker in order to corroborate Trump’s Alabama theory.

As many proceeded to debunk this conspiratorial stunt, what could have been plausibly played down by the administration as one of Trump’s routine blunders exploded into a multitude of scathing rants. Having always been an accessible and favored target, the Press became implicated in one of Trump’s most recent tweets, in which he unflinchingly maintained his stance on the Alabama debate while vilifying “The Fake News” for stirring up skepticism against him.

Moreover, the President’s indignant reactions aligns with his pervasive practice of undermining public trust in science and the Press. From brazenly labeling news media the “enemy of the people” to restricting or otherwise politicizing scientific agencies within his administration, Trump has demonstrated that he is habitually and diametrically opposed to the truth and the pursuit of it. This week’s events are only a confirmation of those tendencies.

As the President’s outbursts foment confusion within the nation, a very real and equally terrorizing hurricane still rages on. Some have rebuked Trump for shirking his presidential duty to unite people amid a time of fresh trauma while misleading the public. Others, most recently the federal agency which oversees the National Weather Service, have backed his forecast in spite of numerous contradictory reports (in the case of the NOAA, reports created by their very own scientists). However, whether it’s hurricane Dorian’s devastating magnitude or Trump’s worrying rejection of scientific fact, citizens are all just hoping that at this point, they will be able to weather the damage.

Carrie Lam Just Withdrew the Extradition Bill, But Is It Too Little, Too Late?