Trudeau Seeks Forgiveness In Brown-face Scandal, Will Canadians Give it To Him?

Canadian Prime Minister Justin Trudeau, much like the country which he leads, seldom makes headlines on major international news sites. His mishaps are not nonexistent but relatively rare, his country’s political affairs are often overshadowed by the ongoing reality show that constitutes the politics of their Southern neighbours and he is not known for unleashing emotionally charged tweet-storms, thus rendering him a not particularly newsworthy figure.

This is why many were stunned to see a barely recognizable Trudeau, disguised in brownface makeup and a turban, front and centre across a myriad of media platforms yesterday. Well, that, and the fact that the contrast between his usual progressive, sensible persona and the now-famed photograph documenting his problematic past could not have been more stark. 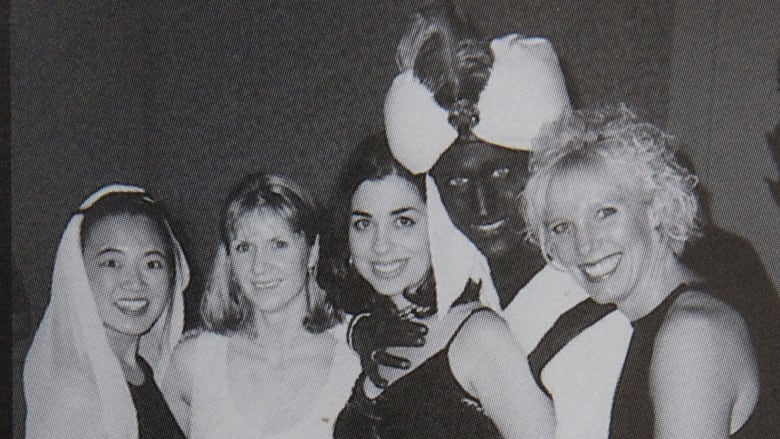 Justin Trudeau in dark face and body makeup and a turban at an “Arabian Nights” themed party in 2001. The photo was found in a yearbook of West Point Grey Academy, a school Mr.Trudeau previously taught at in Vancouver, British Columbia. It was initially published by Time.

The photo captures Mr.Trudeau in an Aladdin costume at an “Arabian nights” themed party during his teaching years in 2001. Since it was launched at the public eye, Canadian discourse has imploded into a broader conversation about a raging culture war backed by leftists keen on political correctness, the hurt minorities experience in the face of insensitive costumes, and whether accountability expires in the case of famous figures’ wrongdoing.

There was no debate, however, over whether this leak arrived at a laughably inconvenient time for the Liberal Party, which it most definitely did. Liberals are currently hovering in the polls at a dangerous proximity to the conservatives, and their bid in the looming federal election seems increasingly volatile and inopportune.

Predictably enough, Mr.Trudeau apologized promptly for his controversial dress-up incident. With a solemn countenance and sober tone, the Prime Minister expressed his remorse, admitted to one more occasion of having put on blackface, and conveyed that he was “really sorry” in front of a cluster of reporters on an airplane last night.

In the rather standard but reasonably genuine apology, Trudeau seemed keen on avoiding potential accusations of deflection or evasion, which he has been guilty of in the past. He reflected on his unfortunate choice in costume and acknowledged its racist connotations, emphasizing his deep regret over the bygone mistake. Since then, he has addressed Canadians once again in a second apology in which he asked to be forgiven.

The disgraced Prime Minister was undoubtedly occupied today with other damage control efforts. He has reached out to members of his administration and other significant political figures in an attempt to reconcile with them, especially those who are people of colour.

The public backlash has been fierce, but it’s difficult to discern one unified consensus. The two factions in Canada are split: those who defend Trudeau consider this to be either a no-longer relevant blunder or an innocuous and overblown costume choice. While those rallying against him, headed by his political opponents Jagmeet Singh and Andrew Scheer, vocalized their outrage and indignation over what they believe to be far more than just an ill-advised lapse in judgement.

Tonight is not about the Prime Minister.

It's about every young person mocked for the colour of their skin.

The child who had their turban ripped off their head.

And those reliving intense feelings of pain & hurt from past experiences of racism.

To you, I say you are loved.

Given that Trudeau first won over the country in 2015 on a platform to which diversity was central, arguments condemning him as a hypocrite do carry merit. Some also felt betrayed by a man who they used to see as a bastion of progressive hope, but now consider an international embarrassment, and moreover, a perpetrator of a practice historically used to dehumanize and mock minorities.

On the other hand, the Prime Minister’s sincerity and apologetic response to the scandal outbreak was enough to appease other voters, many of whom were already skeptics of the term “cultural appropriation” and the idea that others could rightfully take umbrage at white people ethnically transforming into certain characters for fun. Some who might’ve thought the act to be objectionable raised the argument of the instance happening long ago, and therefore no longer an accurate determinant of Trudeau’s character.

It is still unclear whether Trudeau will emerge from this scandal relatively unscathed, but chances of an improved or even sustained national reputation appear highly unlikely. Repairing the newly fractured relationship with his base will also not be a breezy task, as the Prime Minister must navigate complex and sensitive issues surrounding race and confront concerns over a glaring inconsistency between his projected image and his bona fide character. This time, one or two simple “sorry”s just might not suffice.