Healthcare for American citizens is an issue that is seen to be debated by Democratic candidates in the sixth Democratic debate. For those deemed illegal immigrants detained in ICE detention facilities, healthcare is being reviewed by the House Oversight and Reform Committee.

On Monday, two days before Christmas, House Democrats demanded documents from the Department of Homeland Security on the poor treatment those detained face.

The focus on immigrant health was because of the death of 16 year old Guatemalan migrant Carlos Gregorio Hernandez Vasquez, who entered the U.S. in May and was in a Texas detention center. He was found dead in his cell by his teenage roommate who was also sick. Customs and Border Control officials said that they found the body of the boy during a welfare check, but surveillance video and documents show that Hernandez Vasquez wasn’t checked until 4 hours after. 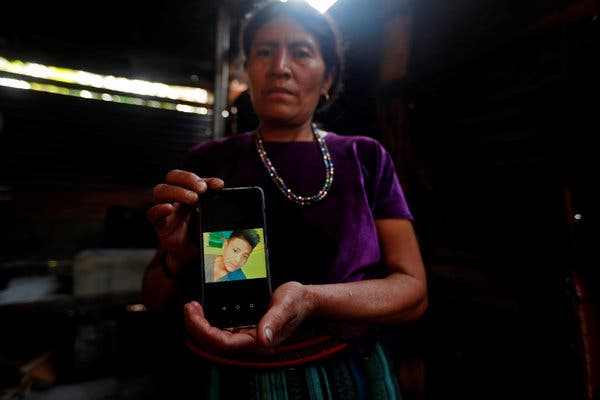 Rigoberta Vasquez holding a phone with an image of her son Carlos Gregorio Hernandez Vasquez, who died in May at a Border Patrol station in Texas. Source: NY Times/Shutterstock

Hernandez Vasquez was diagnosed with the flu and a 103 degree fever, and was told by a nurse who examined him that if he worsened he needed to be hospitalized. He was in the facility for six days before he died.

Other stories such as an 8 year old boy who lost half of his forehead due to not being diagnosed quick enough, a man who was given the wrong medication was hospitalized, and another man was found dead by suicide prompted the discussion of medical care.

A whistleblower provided documents detailing these events to Buzzfeed News and Rep. Jamie Raskin, the chair of the Subcommittee on Civil Rights and Civil Liberties, requested further documents on other poor care from ICE and DHS to immigrants.

On January 10th, a memo discussing these incidents and more are required by Raskin. With this information and with the urging of House Democrats, perhaps there will be a solid case for better medical care for those detained.