The story of Jamal Khashoggi is, unfortunately, known by many. A Saudi journalist who wrote for multiple news outlets, Khashoggi was known to be close to the Saudi royal family. However, he left Saudi Arabia due to falling out of favor of the royal family and entered the U.S. in 2017, where he wrote for the Washington Post in a monthly column, being highly critical of the Saudi regime. As a human being and a reporter, it is his right to be critical of regimes and governments. Khashoggi, and all critics and reporters, have the right to be critical of the government. What happened to Khashoggi next was inhumane. 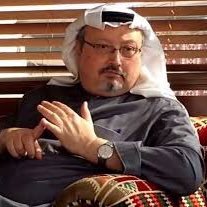 Khashoggi entered the Saudi consulate in Istanbul on October 2nd, 2018 and never came out. He was trying to obtain Saudi documents citing that he was divorced so he could marry his Turkish fiancée, Hatice Cengiz. Khashoggi reportedly gave Cengiz two phones to call an advisor of the Turkish president Recep Tayyip Erdogan if he didn’t come out. He believed he would come out, but he was aware that there was a chance he may be detained. His fiancée waited for ten hours outside of the consulate.

The reason why he was attacked and the cause of his death are still unknown, but his body is claimed to have been dismembered and disposed of. His body, or what is left of it, has yet to be found.

The crown prince of Saudi Arabia Mohammed bin Salman fervently denies being involved in plotting this murder or covering it up. A UN special report conducted by Agnes Callamard on the murder claimed that Saudi Arabia, specifically the crown prince has sufficient evidence of being knowledgeable about this horrific event. It also stated that Turkey and Saudi Arabia did not investigate as thoroughly as they should have. After an investigation by the Saudi government, eleven individuals were responsible for the murder and five of these people were recently given the death penalty, while three others sentenced to jail in a trial that occurred behind closed doors and seemed to be incredibly unlawful.

Not taking into account the UN’s report or putting any responsibility for the faulty investigation conducted by Turkey and Saudi Arabia, the judge let down Khashoggi and disrespected the seriousness of this. This reporter was murdered in a consulate by individuals who received orders from higher-ups. Only the hitmen received a trial, a punishment when the ones responsible for this planning never had their day in court.

As compensation for their father’s murder, Saudi Arabia has given the two sons and two daughters individually each million-dollar houses located in Jiddah and monthly payments that are reportedly $10,000 and more. The eldest son had a photograph released of him shaking hands with the crown prince, meant to show that Saudi Arabia was attempting to right this wrong, but appeared to show the control the government has over Khashoggi children. The crown prince continues to be able to control the Khashoggi family and do what he desires to do with no consequence.

Prince Mohammed has come under mounting pressure, with critics suspecting he ordered the high-profile operation or at least knew about it: https://t.co/bFSmSo709t pic.twitter.com/PfWgFujRCp

These forms of compensation have been suspected as a way to control the children’s public statements on the government. Additionally, because there is one child still living in Jiddah, fear of another attack on the family is another incentive to keep quiet. This gag order seemed to have come to fruition since there have been no critical comments on the government released from family members after their father’s murder.

Internationally, the killing has sparked outrage. Upon hearing of the news, Agnes Callamard tweeted information on why the trial and subsequent death sentences are unacceptable.

j) Bottom line: the hit-men are guilty, sentenced to death. The masterminds not only walk free. They have barely been touched by the investigation and the trial. That is the antithesis of Justice. It is a mockery.

The news outlet Aljazeera also commented on the legality that the trial followed and on the international reaction to this case. Another news outlet, The Daily Sabah, brought up the leniency of those who masterminded this plan and shamed the celebrities who were paid to attend the Saudi organized music festival MDL Beast.

With all this ghastly information about the murder of a journalist, it appears that those who perpetrated the act were charged, tried, and found responsible for their actions. Yet, the ones who were clearly responsible for this plot never had their day in court. Saudi Arabia is backed by many influential countries and leaders. If one person held the government accountable, Khashoggi’s death will be recognized as the assassination it was. But, this injustice was not commented on by any of these powerful figures. His murder and dismemberment were thus condoned and accepted.  Like many journalists, Khashoggi was killed due to politics. He was given an opportunity to hold his murderers accountable in a court of law, but it looks like politics killed him a second time.