As the COVID-19 death toll continues to rise in Italy, over a dozen inmates have escaped during riots sparked by new coronavirus containment measures. Further, in response to overcrowding and the spread of coronavirus in prisons, twelve inmates have died of drug overdoses after breaking into prison infirmaries.

The recent riots broke out after corrections authorities expanded restrictions to stop the spread of coronavirus, including suspending and limiting visits from inmates’ families. After three prisoners died at Sant’Anna jail in the city of Modena, family members desperate for news of their loved ones protested the family visit decision and rioted against guards at the entrance to the Modena jail.

The prisons affected by the containment measures house more than 6,000 inmates. By Monday, March 9, the riots had spread to 27 prison facilities across the country.

Over the past week, prisoners have continually inflicted damage on prisons.

In the northern town of Pavia, prisoners took two guards hostage before stealing keys and climbing a barrier to escape. Other inmates lit mattresses on fire, causing an entire wing of the facility to evacuate. Although their efforts were eventually stifled by riot police, the prison was so damaged that all inmates were moved to temporary facilities.

On Monday, prisoners revolted in Milan’s San Vittore prison, charging guards and gaining access to the roof. Around a dozen prisoners climbed onto the roof and unfurled a banner demanding a general pardon.

In Rome, where 49 people have tested positive for coronavirus, prisoners have been prohibited from congregating in recreation areas. As a result, in the Regina Coeli prison located in central Rome, inmates could be heard protesting and banging objects in their cells. Outside Rome’s Rebibbia prison, prisoner rights advocates joined relatives of inmates in draping a banner reading “Free Them All” across a police barricade.

Since the outbreak of coronavirus in Italy, human rights advocates have warned that fears of the virus would hit inmates particularly hard, given the overcrowded conditions that make them more vulnerable to infection. As Alessio Scandurra, the coordinator of adult detention advocacy at the Antigone Association, explained in a telephone interview: “In prisons in general, there’s a lot of anxiety. You can’t leave, and you’re in a place where infectious diseases spread critically. Obviously inmates know this very well.”

According to Scandurra at the end of February, Italy has a prison capacity of 50,931 and a prison population of 61,230. At 120% of their capacity and with two to three people packed in numerous 12-meter square cells, Italian prisons are the most overcrowded in Europe.

Adding to the anxieties of overcrowding among inmates is uncertainty about the progress of court cases. Because of virus containment measures, Italy’s criminal justice system has been brought to a halt. Even though defendants who are currently jailed will still be granted hearings, many prisoners have assumed they will endure delays in the court system.

Thus, the riots in Italy have less to do with coronavirus and more to do with overcrowding and anxiety in prisons. Gennarino de Fazio, the national secretary of UILPA, a prison police officer’s union, told Al Jazeera: “The problem is not coronavirus. Overcrowding, organizational issues and decay are the problem. We worry about the spread of the coronavirus, but there are other illnesses already present due to a malfunctioning health system and unsanitary conditions.”

Prisoners are now accusing the government of neglecting the prison system, failing to provide sufficient measures to address the problem of overcrowding and endangering the lives of guards and inmates in light of the coronavirus breakout. 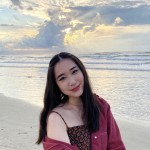