Museums have inherent value in our society with their display and protection of bygone eras, and thus must be held to their values of respecting the history they represent. It is this concept that speaks to why the repatriation of illegally acquired cultural artefacts in public collections is so important to restoring the dignity of the nations they were looted from.

It is widely recognised that colonization unfairly deprived their subjects of items that were integral to their cultural heritage. The history of these artefacts unapologetically includes their looting and trafficking, but the response of museums to the hope of restitution for the overlooked countries need not be. Fundamentally, the items that nations are requesting be returned in good faith due to their symbolic value highlight unethical acquisition practices yet the outcry towards this repatriation is equally concerning. The argument then moves beyond artefacts acquired during colonialism to a cultural problem of the unequal relationships between artists and collectors and a refusal to make amends or even take responsibility for aspects of the past that can be satisfactorily remedied.

Declaring that the faults of such oppressive empires belong where they existed – in the past – is a cursory attempt at ticking the proverbial box of social justice. If museums truly desire to engage with the issue of decoloniality, they would work with instead of against the governments of countries that are requesting the artefacts they have rightful ownership of. Activists for this cause are not antagonists against museums and other public collections. The answering opinion that these cultural symbols have been enriched by their exchange between different countries is flawed along with the notion that their true origin cannot be pinpointed.

The circulation of historic artefacts does not make their rightful ownership redundant. In fact, if it is cosmopolitanism that museums forsee, why do some of the ‘greatest’ collections reside in the hands of colonisers? The desirability of education and cultural diversity would surely be enough to create more encyclopaedic museums in continents where access to such exemplary figureheads of history is currently limited.

Photo by Shvets Anna from Pexels

Frankly, it seems as though some simply lack the sense of empathy necessary to understand why a regime’s former colonial territories long to see removed objects repatriated. Loss of dignity is ingrained into colonial and post-colonial societies, and it is both naive and disrespectful to assume that such empires did not embody a tragedy that restructured the lives of the colonised. It is imperative that countries are able to repossess and validate their historical past to effectively exert more control over their future.

Admittedly, repatriation is notoriously difficult. The trafficking of stolen objects is already explicitly prohibited by national laws and international agreements like the 1970 UNESCO Convention on the Means of Prohibiting and Preventing the Illicit Import, Export and Transfer of Ownership of Cultural Property. But artefacts and objects acquired in contemporary wars or violent situations do not usually fall under universal categories of “stolen” and should be better protected by international law. Unethical acquisition practices such as art trafficking across borders are already illegal, it is fundamentally obtuse of a nation to absolve itself from theft – even if it is buried centuries in the past.

The assumption that the countries from which these artefacts were misappropriated are incapable of maintaining the integrity of the objects is a concern that can be addressed. If the national galleries in Africa, Asia or South America seem ill-prepared it is because they have not been given the chance to meet the challenges of preservation. Returning the world’s artefacts is a good opportunity to strengthen the heritage capacities of those countries looted during colonisation. Respect and integration are values that must be the foundation for creating a global community. It is far more sustainable to focus on the ties created rather than the objects lost from a specific museum – especially considering that these items will not be lost from the world but rather returned to their origin. This will lead to international relationships and global civic ties being strengthened.

A proud example of this was the settlement for Machu Picchu artefacts between Yale University and the government of Peru. Widely hailed as a triumph of diplomacy and cross-cultural exchange, Yale and Alan García (former president of Peru), created a joint study and research centre with the Universidad Nacional de San Antonio Abad del Cusco.

Photo by Errin Casano from Pexels

Repatriation is not about endorsing the status quo of favouring decoloniality. It reflects a society willing to return the agency of another to its glory through respect and active consideration of its dominance in history. When a privileged group has access to important resources that allow their enrichment at the expense of others, a disproportionate share of the country’s resources and respect among their nation’s members is lost. The value of restitution as a form of restorative justice cannot be underestimated. Sovereignty does not guarantee complete freedom from colonial influences. Social histories, cultural differences and political discrimination that were practised and normalised by colonial and imperial machinery must not be overlooked.

Masterpieces and relics alike have never adhered to political borders, preferring to reside in a whimsical realm promising self-transcendence to its viewers. The narrative strength of history they portray is emboldened under the ownership of those who use its restorative power for the interest of reclaiming and renewing traditions and stories that are at risk of extinction. When the regime of the oppressor remains entrenched in cultural heritage, it is only natural that a country demands what they are owed. 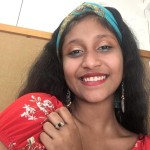