Twitter Finally Stood Up to the President -- And It's About Time

Out of all the tactics the President uses to target his opponents and rally his voters, tweeting appears to be his weapon of choice. Whether it’s praising a recent Fox & Friends segment for praising him, spewing insults at an anti-Trump celebrity, Democrat and even the Iranian President, or announcing the latest departure of a disgruntled administration official, Donald Trump’s rampant usage of the platform has defined his presidency. During the second day of his impeachment trial, he broke a personal record (since taking office) by tweeting & retweeting a total of 142 times in one day. He even tweeted more than 30 times before 9 AM on one occasion, warranting the title “tweeter-in-chief” from various pundits.

As a platform, Twitter has directly enabled Mr.Trump’s obsession with tweeting. It is also indirectly responsible for proliferating much of the hate-mongering sentiment and conspiracy theories he tends to peddle. Mr.Trump has even violated the constitution by using the blocking feature on Twitter to pacify his critics. 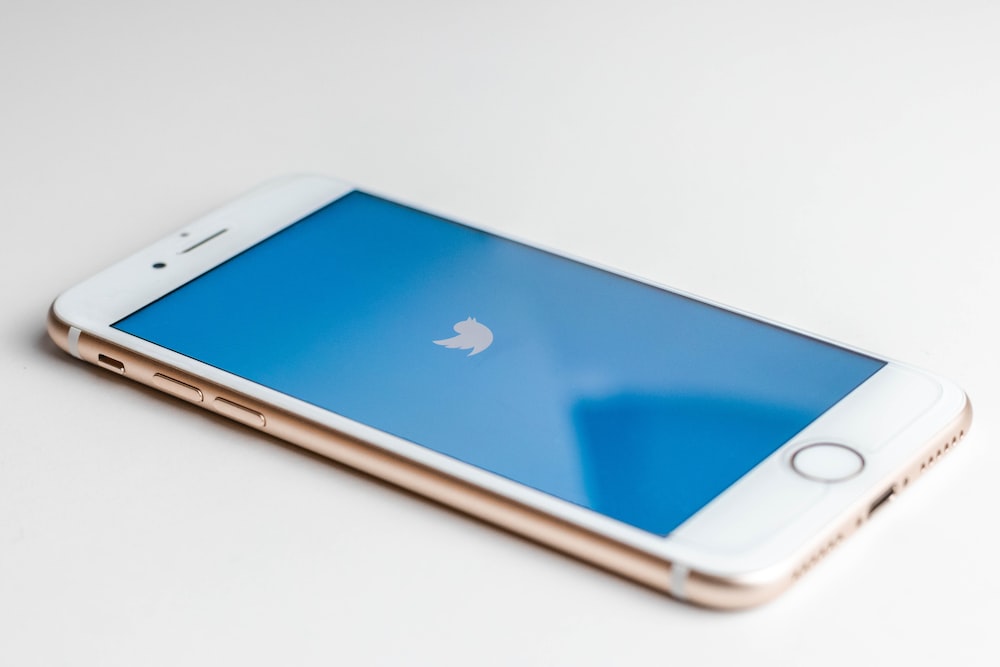 Even though the Twitter CEO has claimed to be a valiant champion of truth and dedicated to preventing slander on his platform, little had been done to restrain Trump’s ability to misinform his enormous following and infect Twitter feeds with incendiary content. Even when a declaration of war was sent out by the President via Twitter last year, the company merely banned user retweets of offensive content and insisted that world leaders will not be punished for violating community standards. However, the social media giant appeared to break its pattern of inaction this past week, signifying through a myriad of moves and statements that it is ready to start acknowledging and actively working to limit the capacity of Trump’s digital tirades.

Out of all the falsehoods, threats, and confusing absurdities Mr.Trump has propelled towards the American public, yesterday’s tweet was certainly one of the more problematic. In response to violent protests in Minnesota over the brutal killing of George Floyd by a police officer, the President condemned the protestors, whom he called “thugs”, in his usual belligerent tone. What was especially incriminating was his quote from a former Miami police chief that “when the looting starts, the shooting starts”, implying that he would be willing to escalate the conflict and deploy military forces to break up the protests.

….These THUGS are dishonoring the memory of George Floyd, and I won’t let that happen. Just spoke to Governor Tim Walz and told him that the Military is with him all the way. Any difficulty and we will assume control but, when the looting starts, the shooting starts. Thank you!

Although such a label was likely not placed for purely functional purposes, as users’ curiosity would probably compel them to view Trump’s inflammatory claim, it sent a resounding message. Twitter was now departing from its previous deflective manner when it came to dealing with the President’s questionable conduct on the app.

A similar move to moderate Mr.Trump’s content was also pursued by Twitter earlier this week. On Wednesday, the company affixed a fact-check warning to two of his tweets regarding mail-in ballots. Upon making unproven assertions of vote-by-mail policies guaranteeing fraudulent activities, Trump’s tweets were paired with “Get the facts about mail-in ballots” labels by Twitter’s team. This only reinforced Twitter’s newfound ambitions to moderate the President’s detrimental behavior.

There is NO WAY (ZERO!) that Mail-In Ballots will be anything less than substantially fraudulent. Mail boxes will be robbed, ballots will be forged & even illegally printed out & fraudulently signed. The Governor of California is sending Ballots to millions of people, anyone…..

The Trump Administration was quick to retaliate, quoting Trump’s original statement verbatim in a tweet released Friday morning. Twitter demonstrated its vigilance by hiding the same tweet soon after.

The fight was far from over. After lamenting Twitter’s efforts to silence him and pledging to strike back duly, the President followed through on his threat by signing an executive order that will bring changes to Section 230 of the Communications Decency Act — a law that shields social media companies from legal implications of content posted on their sites.

Twitter expressed its disapproval of this order through a tweet, in which it censured President Trump’s malicious intent in “threaten[ing] the future of online speech and Internet freedoms”. The social media giant Facebook showed solidarity for its competitor with a public statement on Thursday that opposed the removal of section 230, though it disagreed with Twitter on their approach to the Tweets.

This EO is a reactionary and politicized approach to a landmark law. #Section230 protects American innovation and freedom of expression, and it’s underpinned by democratic values. Attempts to unilaterally erode it threaten the future of online speech and Internet freedoms.

From banning political advertising on its platforms to labeling misinformed tweets about COVID-19, Twitter has indicated that it is invested in rectifying the wrongs its own platform has caused. This was its most courageous commitment yet. As the Washington Post reported, these decisions were not taken lightly and were preceded by years of careful, internal deliberation.

After tacitly endorsing Trump’s tweet-storms for years, Twitter finally stepped up to hold the President to the same standard applied to every other user on the app. Although it is a small step, it speaks volumes in how complicit the company intends to be in the President’s war on truth and political correctness.

As the most influential figure in the country, Mr.Trump’s reckless usage of his platform must be checked. No other actor could weaponize his reliance on Twitter as effectively as the social media giant itself, and to stop the breeding of online misinformation for the sake of the 2020 elections, Twitter will need to ramp up its diligence and bravado. That may mean putting the public interest above the well-being of their own company, especially if Trump continues to manipulate regulations in retribution. It may also mean removing his tweets entirely or even expelling him from the platform.

It would be harsh to fault Twitter for being previously apprehensive about challenging  Trump. After all, no other social media company is as familiar with how much time and energy the President is willing to dedicate to dragging someone’s name through virtual mud, having witnessed thousands of tweets he has authored about adversaries. Based on the severity of Mr.Trump’s response thus far, they had every right to be concerned.

Additionally, whether social media companies deserve to arbitrate public debate and attach their own standards of opinion onto users is a polarizing topic. Many people, especially in conservative circles, view it as an erosion of freedom of speech and another way in which big tech has made its imprint on daily life ubiquitous. And while that is a legitimate point of view, it is worth noting that as private companies, social media companies have full legal jurisdiction over what is and isn’t permitted on their platforms.

Even in a democratic, free-market system, those in power can wield a tremendous degree of authority over businesses and abuse their privileges to gain an advantage in personal feuds. Twitter’s acts this week has restored some of its autonomy over its own platform. However, they must not back down in the face of Trump’s hostility, which we can only expect to escalate as Twitter further undermines his online legitimacy.