Unprecedented times call for unprecedented measures, and escapism is one that has latched on to the current culture of the adapting new world. While the trend and uprising is fairly new, the term itself is not. Escapism has been present in scientific conversations, especially in psychology, where it‘s defined by the American Psychological Association as “an escape from the real world to the security of a fantasy world.” The term may be used to describe impulses as a function of coping, but other times it might be evidence of a form of pathology, which itself is defined as “a departure from what is considered healthy and adaptive.”

However it may be, escapism in the current zeitgeist holds a slightly different, less clinical meaning. Many have noted the significance of taking part in this action as a way to avoid a sense of entrapment that “current situations” can cause a person to feel.

Escapism has become an idyllic solution whether you preach the term out loud or not. The rise in book sales, usage of streaming platforms, and demand in video games such as “Animal Crossing” might give you a picture of this phenomenon.Even reading this article could likely be a practice of escapism. And although the mainstream form of the term may not be consistently scientific, it somehow rings true and hard to deny.

Usage of video games surge during the pandemic. Source: Unsplash

This new escapism takes many forms and — according to my observation — can be seen as a spectrum. While some opt for pure escapism, a term I like to use to describe when people engage in or consume wholly unrelated activities or content to escape, others might dive headfirst to fictionalized retellings of their realities (or potential realities). Examples of the latter can be seen in people who willfully watch disaster movies or take comfort in reading books about pandemics, all the while experiencing one.

Prominent “booktubers” — YouTube creators of book-related content — like Sanne Vliegenthart from Booksandquills and Ariel Bissett are only two out of many who have discussed apocalyptic pieces of literature in their platforms. From classics such as Mary Shelley’s The Last Man to more modern favorites like Station Eleven by Emily St. John Mandel, each shared their own picks, with their respective audiences sounding off in the comments whether or not they are in favor of or against immersing themselves in dark and unfortunately familiar themes.

Although, like with many other things, not everyone agrees with the idea of escapism. The evolution of the internet, especially, has been a central driving force in the debate on escapism. Worrisome effects usually include alienation from others and addiction to chosen escapist material or method.

Isolationist travel is a healthy form of escapism. Source: Unsplash

Ultimately, the crux of escapism’s problems is how individuals may be unaware of its two sides; that it can be both healthy and unhealthy. This unawareness might lead them to fall into practicing the latter. Examples of harmful patterns of escapism usually include compulsive behaviors, such as spending too much time on social media or turning to unhealthy drinking habits. Therefore, in escapism, if we don’t check what exactly it is we are avoiding, we might be at risk of dissociating not just from the negativity we are trying to avoid, but from other—possibly positive—things as well.

But escapism doesn’t always involve virtual alternatives. If it’s a means to get away from reality, travel and “unplugging” are also relatively popular methods that people choose to do. Adjusting to the coronavirus-adapting social regulations, a form of tourism that is currently peaking is isolationist travel. This new trend pushes people to partake in outdoor activities, stay in private lodgings, and travel in smaller groups. Or, if you don’t have the means or opportunity, there is always armchair travel.

Whatever your preference may be, healthy escapism is much needed during a time when a collective sense of anxiety, stress, and fear overcomes the world. Taking a portion of time out of your day (or week or month) to put your focus and attention on a healing activity will most likely benefit you.

Donate to a noble cause. Source: Unsplash

All of this I say with awareness and in consideration of the privilege of escapism, which you should also acknowledge. It’s evident that not everyone has the financial, physical, or emotional capability to escape their realities.

Therefore, I encourage you to continuously take action: educate yourself, donate to organizations, support local businesses, and sign petitions in favor of the causes you support. May it be COVID relief for your community, the Black Lives Matter movement, education inequality, LGBTQ+ rights, or environmental justice. Resources can easily be found with a simple Google search.

Take advantage of your escapism wisely and consciously. Don’t let it hinder your capacity to be human. 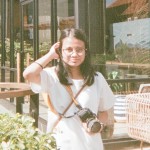