Mandated Masks: Which Comes First, The Individual Or The Group?

The A-F grading scale has been a system used since the beginning of America’s education system as it seemed like a way to simplify our complex and convoluted education system. Its purpose was to effectively communicate progress and achievement to both students and parents. However, this system has produced unintended consequences, such as creating a hyper-competitive environment, discouraging true learning, and discouraging collaboration among others. With this, the current A-F grading school does not work for our school system, as its drawbacks outweigh its benefits.

The A-F grading scale causes students to focus on achieving their ideal grades rather than truly learning. America places a major emphasis on achieving high grades (which they claim will lead to a successful future), and students will go by any means to achieve this, including cheating.

If the whole purpose of education is to teach students academic material that they truly comprehend, the A-F grading school destroys this purpose, because cheating results in a student not truly comprehending the material. An emphasis on high grades also creates risk-averse behavior. Students may opt to take an easier course load to maintain a high GPA instead of pursuing their educational interests at a more academically rigorous level. This, in turn, can inhibit intellectual curiosity and critical thinking, core traits needed for progress and innovation in society

America’s current grading scale also creates a hypercompetitive environment for students at a young age, while simultaneously discouraging collaboration. Some may say that competition is good in society, as it can stimulate innovation and progress. This is absolutely true, however, the type of competition the A-F scale creates in schools is not motivating, but damaging.

According to Adam Grant, a professor at the Wharton School of the University of Pennsylvania, “grading on a curve (where students are graded relative to their peers’ performance) is problematic [because…] it sends students the message that the world is a zero-sum game: Your success means my failure.” Students are pitted against each other, trying to outdo each other grade wise to “prove themselves” to those around them. It even breeds students to be unhealthy “grade perfectionists,” who beg teachers for extra credit to raise their grade up by only a few points, because they believe future success is tied to grades. 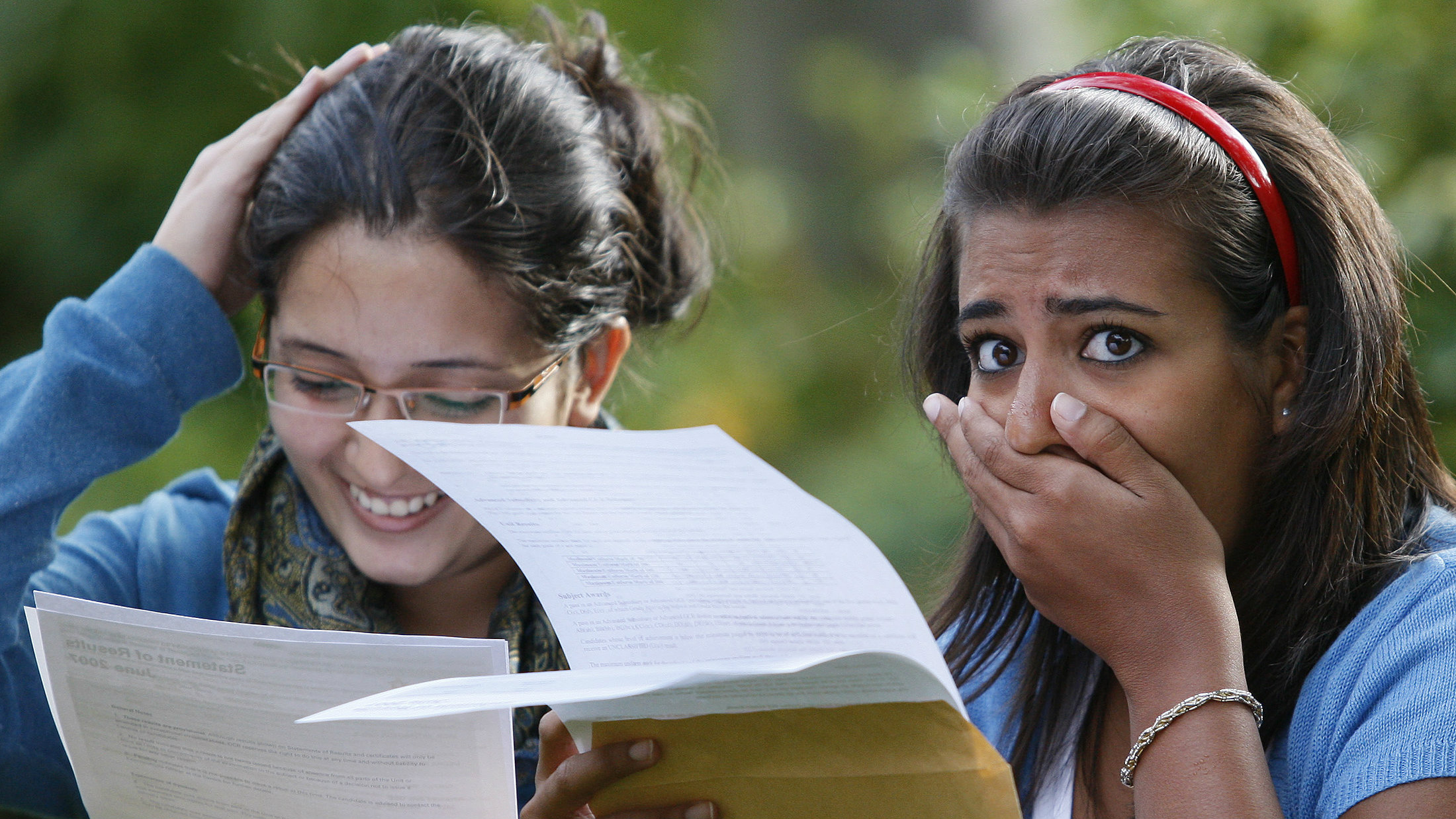 The human mind is a multi-dimensional and complex organ, and letter grades do not reflect that. As Albert Einstein once said, “Everyone is a genius. But if you judge a fish by its ability to climb a tree, it will live its whole life believing that it is stupid.”

The A-F grading scale may be an expedient way to measure student achievement, but it inaccurately represents students’ learning progress, discourages authentic learning, creates a damaging environment where students put academic status over relationships, and creates an unrealistic mindset about future success. America needs serious reform in its education system, and it should first start with the grading scale.