Secretary of State Mike Pompeo made history by being the very first sitting secretary of State in 75 years to speak at a political convention. Now Pompeo’s precedent-defying moment standing in front of Jerusalem leaves him under another investigation, breaking his own department rules and in potential defiance of the Hatch Act.

The Old City and all its historic importance lit up behind Secretary Pompeo as he grinned while praising the Trump administration and Israel. This was broadcast for the Republican National Convention (RNC) during Pompeo’s trip to Israel to negotiate relations in the Middle East. Pompeo endorsed President Trump while framing his own experience in the military and government. As the religious monuments created a background for Pompeo, many feel that he sent a signal to evangelical voters that he and the Trump administration are on their side. 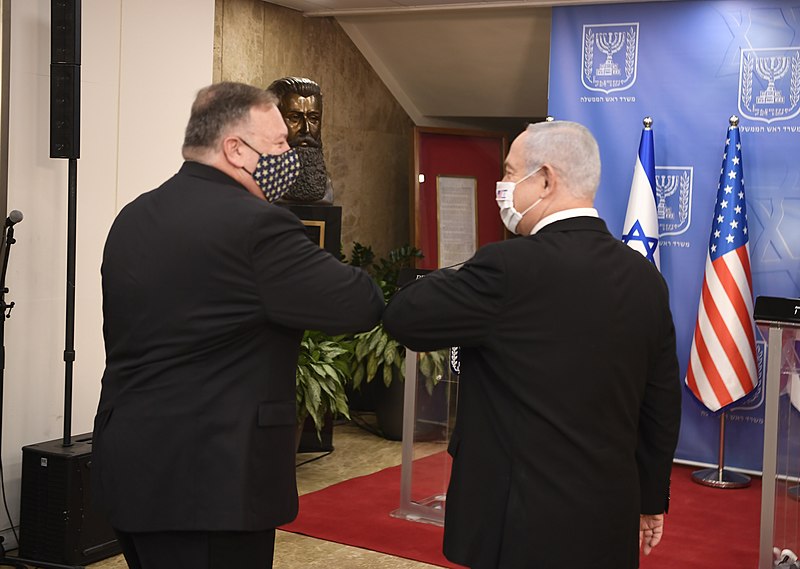 Over a quarter of religious people in the U.S. identify as Evangelicals. Of this 25.4%, 46% supported Trump in 2016 at a rate 79% higher than those who voted for Hillary Clinton. 82% of Evangelicals say they lean towards or will be casting ballots for Trump, but in July it was found that only 72% of these voters approved of his handling of the pandemic. There is serious evangelical loyalty to the Republican Party, but it has been slipping in recent months. Pete Buttigieg tried to target the “religious left” and pull more moderate Christians, but issues like abortion tend to win over Evangelicals in the voting booth. These religious voters are important to Trump’s campaign, and without this coalition, it’s possible that he would not be able to secure reelection.

Evangelical Christians comprise the largest pro-Israel voting bloc in the world, as over 40% of Evangelicals support Israel. Evangelical tourism to Israel is growing by 10% each year, setting records. According to Pew data, 42% of Jewish people in the U.S. “think Trump is favoring the Israelis too much” while just 15% of evangelical Protestants say the same. A study at Cambridge University conducted by Motti Inbari, Kirill M. Bumin and M. Gordon Byrd concluded, “Evangelical support for Israel is driven by respondents’ beliefs rooted in evangelical Christian theology on eschatology and Biblical literalism. Thus, the most significant ideological statements that were found in the research were that the ‘State of Israel is proof of the fulfillment of prophecy regarding the nearing of Jesus’ Second Coming’ and that ‘Jews are God’s chosen people.’” Presenting from the top of the King David Jerusalem Hotel sends a message of loyalty to the Evangelical voters from the Trump administration/campaign. The speech, including Pompeo calling Jerusalem “the rightful capital of the Jewish homeland,” is similar to the orchestration of the U.S. embassy’s move to Jerusalem, while recognizing it as the capital of Israel.

Pompeo also potentially has his eye on the White House for 2024. By using Jerusalem as his backdrop, he is arguably able to send a personal signal to these voters. It also ties to Pompeo’s visits to Conservative Political Action Conference (CPAC), the Conservative Family Leadership Summit, a Florida Family Policy Council event, and numerous trips to Kansas.

These political moves are in defiance of a memo from the Office of the Legal Adviser sent out in December stating, “Senate-confirmed Presidential appointees may not even attend a political party convention or convention-related event.” In July Pompeo signed off on a cable to State Department offices that restated and emphasized the memo’s content.

The State Department stated that no staffing, financial or other resources would be used for Pompeo to film his segment. Opposing bodies argue that Pompeo flew to Israel and filmed his appearance on a trip relating to his position. Legal teams reviewed and approved his decision, but additional legal analysis questioned the reasoning for confirmation of this choice. The New York Bar Association requested a “prompt investigation,” writing, “[W]e urge that the necessary Inspector General investigation be conducted promptly, independently, and in a manner that allows for informed public discussion of these important issues. 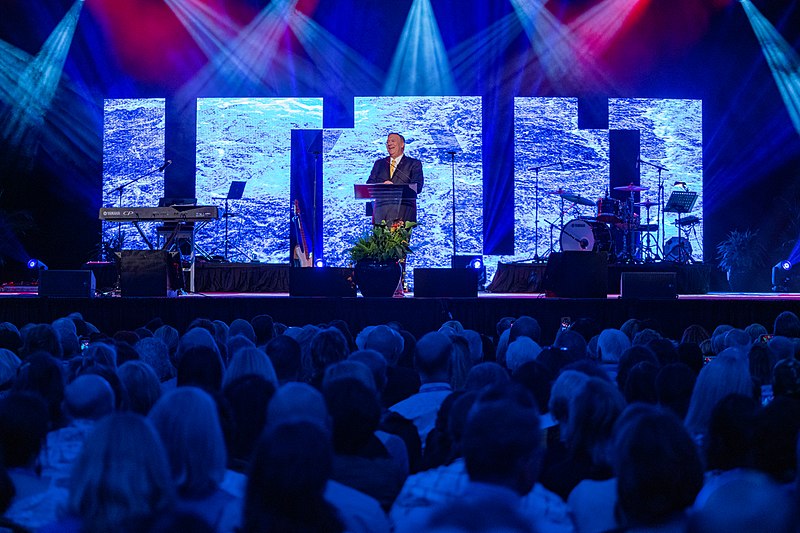 House Democrats were alarmed by Pompeo’s choice and have opened an investigation into whether Pompeo has violated the Hatch Act by campaigning for Trump. The Hatch Act prohibits officials from using their position for any kind of political influence. Chair of the House Foreign Affairs Subcommittee on Oversight and Investigations, Joaquin Castro, wrote a letter on August 25, 2020 stating, “Secretary Pompeo was on official travel – funded on an apolitical basis by every American taxpayer – when the speech was pre-recorded and likely will be on official business when it will be shown at the RNC. Similarly, he was outside the United States when the speech was recorded and will be outside the United States when it airs. This is a flagrant violation not only of the laws, regulations and policies summarized in the December 2019 memorandum, but also of the Foreign Affairs Manual…”

Representative Eliot Engel and Castro most recently sent requests for speeches to Undersecretary of State for Management Brian Bulatao and acting Legal Adviser Marik String. They requested speeches from his visits to the Wisconsin state legislature, a Texan church, and speech at the Florida Family Policy Council (an anti-abortion group) event, where they intended to charge $10,000 for visits with him.

This adds to the three other investigations into Pompeo’s work. In August, an investigation was launched into Pompeo’s weapon sales Saudi Arabia and without the approval from Congress. It was found that Pompeo was within his rights, but there are still concerns regarding the validity of the emergency’s justification. Another investigation is looking into Mike and Susan Pompeo’s use of taxpayer dollars and State Department staffers. Congress is also investigating the firing of Inspector General Steve Linick. In August of 2020, less than three months after his assumption of Linick’s role, Stephen Akard departed.

Pompeo’s choice to endorse Trump in Jerusalem may send an enticing message to valuable voters to the Trump and possible future Pompeo campaign, but it contributes to a lengthening list of investigations.