Sex-Ed In America Is Even Worse Than You Thought

Sex-ed can be a terrifying experience for any teenager in America. The awkwardness stemming from an adult saying the word “intercourse” is enough to make any self-respecting student run the other way. However, sex education in America is terrifying for more reasons than one.

There is no question as to whether sex education in schools is a necessity. Ideally, programs would teach students how to use contraceptives, how to combat H.I.V. and S.T.I.s, teach basic reproductive anatomy, educate about different sexual orientations and give teens the skills they need to make healthy decisions about their bodies. Adequate sex education in schools correlates to low teen pregnancy rates, so its merit is obvious.

Unfortunately, the “ideal” sex education curriculum is rare within the United States because the curriculum is at the mercy of state legislatures. Only twenty four states and Washington, D.C. require sex education. Out of those twenty four, only thirteen require that the material that is taught be medically accurate . In states where sex-ed is not required or does not have to be medically accurate, teachers often promote “abstinence only” education– a curriculum that ignores the viability of contraceptives and abortions.

Although abstinence is the only 100% effective birth control method, abstinence only education has been shown to be ineffective in delaying the age in which teenagers become sexually active . Additionally, many abstinence-only programs include incorrect information about birth control methods other than abstinence. For example, that condoms are ineffective in preventing the spread of H.I.V. 31% of the time , while rigorous studies have shown that condoms are approximately 99% effective in preventing the spread of H.I.V. Lies such as these do nothing but harm students by feeding them false information.

Some states, such as Texas, Alabama and South Carolina, go even further in limiting what can be taught in a sex-ed class. These states, when sex education is given (it is not required in all states), must portray same-sex relationships negatively. Because one’s sexual orientation is not a choice, sharing negative information about the LGBT+ community will not “make someone straight.” LGBT+ youth need sex education just as much as their heterosexual peers. Therefore, laws such as those in Texas and Alabama are very harmful to the LGBT+ community.

The dangerous combination of lack of sexual education and less access to abortions in states that are more religious and politically conservative often results in high teen pregnancy rates and a cycle of ignorance about sexual health.

For example, a 2012 study showed that Alaska, the state with sex ed taught in the lowest percentage of its public schools, had the highest rate of teen pregnancy in the nation– 34.8% . In order to reduce teen pregnancy, sex-ed must become most widespread across states, and it must become more accurate and cover more topics than it does now.

Is the religion or morals of state legislatures really worth sacrificing access to medically accurate information about sexuality and contraception? Students have a right to accurate, age appropriate, unbiased education in any subject. Topics covered in sex education should be no different.

In this article:abstinence, america, education, school, sex-ed, WOMAN, women, YOUTH
Up Next:

Dear Conservatives, Planned Parenthood Does A Lot More Than Abortions 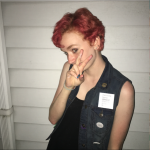