Tammy Ho is a Hong Kong poet, editor and an assistant professor at Hong Kong Baptist University. She is also the founder of Cha: An Asian Literary Journal, the city’s first free and online literary journal. Throughout her career, she has written and published many of her pieces that have been translated into other languages. I talk to her about her work, Hong Kong’s literary environment and the impacts of writing in general.

Tammy describes herself as the following:

Tammy giving a lecture at Silliman University in Dumaguete, the Philippines, May 2015. Photograph by Sha’ianne Molas Lawas, all rights reserved.

1. Can you tell us more about yourself and the work that you do?

I was born in Hong Kong and received much of my education here, before studying for a PhD in London. I currently teach poetics, fiction, and modern drama at Hong Kong Baptist University and I am constantly inspired by my inquisitive, intelligent and diligent students. As well as  teaching and doing research, I co-edit a few publications, including the newly established academic journal, Hong Kong Studies (Chinese University Press), the forthcoming Twin Cities: An Anthology of Twin Cinema from Hong Kong and Singapore (2017), and Cha: An Asian Literary Journal. Cha, founded in 2007, is the first and only free online literary journal based in Hong Kong.

I am also very fortunate to be involved in PEN Hong Kong, an energetic bilingual organisation of Hong Kong-based writers, editors, translators, academics and journalists, established to promote literature and defend the freedom of expression in the city. I also write poetry.

2. What made you decide to be a poet?

As I have mentioned elsewhere, I wrote almost exclusively in Chinese until university and it was mostly just scribbling. When I was an undergraduate student at the University of Hong Kong, I spent a great deal of time in the library. One day, out of idleness, I picked up a copy of Ambit off a nearby shelf and started reading. I was especially drawn to the poetry by living poets—rather than dead poets we so often study at school—and shortly afterwards I made my first attempts at writing creatively in English. I showed my first poems to one of my professors and got positive feedback, which encouraged me to continue writing.

Around that time, I was published in Yuan Yang, the university literary journal, and Asia Literary Review, and I have been writing ever since.Thinking back, if I didn’t have the support of other writers and some great compassionate teachers who saw me grow up, make mistakes and achieve small things, I wouldn’t have persisted. And even though they may not know it, a casual word of encouragement, an honest and constructive comment, an act of inclusion—these have all greatly sustained me, and I know I am not alone.

3. Can you tell us more about the literary environment in Hong Kong?

Hong Kong’s literary environment is a nurturing one. You just need to open yourself up and participate. However, it won’t be nurturing if you hide in your cubicle or apartment. Hong Kong has so much going on: the Hong Kong Writers Circle, established in 1991, continues to support local writers and the members of which founded or were and still are members of many other literary groups in Hong Kong; there are creative writing programmes at several local universities (such as the University of Hong Kong, Hong Kong Baptist University and Lingnan University); the Hong Kong Women in Publishing Society organises regular events open to the public and The Hong Kong International Literary Festival brings together local and international writers in November each year; there are English-language publishers such as Chameleon Press, MCCM Creations, Signal 8 Press, Blacksmith Books and Proverse; there are dedicated people who run regular poetry readings at Orange Peel (Peel Street Poetry), Kubrick, and on different university campuses, while the group Poetry OutLoud has been going for a long time; there are English publications such as Asia Literary Review and Yuan Yang, which consistently publish excellent creative works over the years.

Writers in the city should take the initiative and connect with other people. And I hope in some small ways my literary journal, Cha, is helping to foster an encouraging writing environment in Hong Kong as well. My fellow ExCo members of PEN Hong Kong and I also wish to make literature more visible in the city.

4. What are some themes in your work that you explore? And why?

When I started writing poetry in English in my undergraduate years, I wrote mostly about my family, my childhood, and my experience of growing up in Hong Kong. I also wrote poems exploring relationships between lovers and friends—and many of these are personal without being autobiographical—an important distinction, I think. Nowadays, because of the demand from my roles as teacher, researcher and editor, I don’t have much time to write poetry, and when I do make time, I tend to draw inspiration from society and write poems that engage more closely with the city I love.

In terms of academic work, I studied Victorian literature and culture for my MPhil thesis and Neo-Victorian fiction for my PhD. While I am still interested in these areas, in recent years I have written more and more on the intersection between the literatures of the East and West––some of these pieces can be found on World Literature Today, and I am particularly eager to write about the relationship between Hong Kong poetry, power and politics.

5. How do you think writing impacts change in the society?

I believe we can do something through writing. It is a gathering of voices. A call to arms.

6. Studying literature is seen as not as profitable or credible as a doctor or a lawyer, what are your thoughts on this?

Education and the nurturing of minds cannot be measured simply by a monetary metric. People who study literature and the humanities go on to successful careers in diverse fields and have benefited greatly from the ability to think critically and analytically which their studies have given them.

7. What would you say is your greatest achievement and what else would you like to achieve in the future?

My greatest achievement is co-founding Cha: An Asian Literary Journal with Jeff Zroback. We will be publishing the tenth anniversary issue of the journal this December. In founding and running Cha, we hope we have kept Hong Kong on the world literary map, even in a very small way, and we have formed solid and lasting friendships with writers from Hong Kong, other Asian cities, and the world. In future, I would like to consolidate these literary relationships and develop more collaborations between Hong Kong and other places.

8. What is your advice to aspiring poets and writers?

Read a lot before you start writing. Be responsible for what you write. Be socially engaged. Don’t be discouraged easily but at the same time do listen to constructive criticism. Have an opinion about things. Don’t compromise and don’t self-censor. Write.

In this article:asia, books, hong kong, literature, Poem, poet
Up Next:

Why is Kendall Jenner on the 10th Year Anniversary Cover of Vogue India?

Tensions Between China and Other Nations Are Rising At Sea 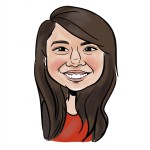