The skills of problem-solving and critical-thinking are undoubtedly the most valuable competencies that would utterly be valuable in a variety of professions, as well as your everyday life. You need to be able to handle problems wisely by the means of taking different point of views into account in making the decisions. Unfortunately, it seems that plenty of Indonesian students do not possess the aforementioned traits.

According to PISA (Programme for International Student Assessment), more than half of 15-year-old Indonesian students do not have fundamental skills in thinking critically, which was assessed based on their natural science, mathematics and reading skills. This is absolutely a huge concern for us, as aside from its great importance in the professional lives, numerous inter-group conflicts in Indonesia that have happened recently are caused by the lack of critical-thinking abilities; people tend to demonstrate various conflicts and turmoils without looking into the root of problems and considering a variety of factors in the first place. Many of them were prone to follow their groups’ or relatives’ actions without acknowledging what the actual problems were. This being so, I believe that this is the time when philosophy education needs to be inculcated within the school curricula.

Jana Mohr Lone, a philosophy teacher from the United States, stated that philosophy has taught her students to listen better, have different perspectives in seeing how the world works, speak clearly and coherently, as well as articulating their opinions.  That is an example of where the importance of philosophy in education takes place. Throughout the study of epistemology, students will eventually be able to think rationally, independently and objectively. Therefore, students might independently recognize and figure out by themselves what is right and what is wrong, without easily being provoked and negatively influenced by other people.

Nonetheless, many Indonesian people have believed that if you study philosophy, you will be a non-believer. This is a common misconception that has been instilled among Indonesians themselves. As a country with religious duties, many people would not even glance their eyes to study a little bit of it. This negative stigma should obviously be changed beforehand, as by learning philosophy, it does not guarantee that you will suddenly become a non-believer. Learning philosophy means you learn how the world works in nature. You will learn matters such as existence, knowledge, wisdom, language, values, reason and many more. As a believer, you could interpret and define the verses of your holy book wisely due to your reasoning and critical-thinking skills acquired throughout the process of learning philosophy. There were also many religious philosophers that existed, including but not limited to David Hume and Friedrich Nietzsche, who were very well-known in their respective eras.

Studying philosophy might be considered boring by some students, as it consists of endless theories that might take some time to be understood completely. It even can also be regarded as insignificant by some students due to the fact that Indonesians seem to tend to favor the study of practical skills aside from theories. However, without the Theory of Relativity, GPS would not have been able to work; without theories, applications would not have been able to exist and work.

If Indonesia could incorporate philosophy education into the school’s curricula, it will surely be a major step forward to ameliorate Indonesian students to contribute and bring betterment in the future.

In this article:#highschool
Up Next: 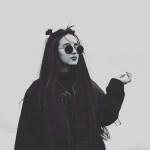 Felice is a 17-year-old girl residing in Indonesia who loves to read, write, eat, learn new things, and contemplate about everything in her spare time. She is interested in fathoming philosophy, politics, and social issues. She hopes to graduate with International Relations as her major and advocate for people's social justice and equality by working in an international organization or an NGO.

Lessons Learned From My First Year In Sixth Form