Eman was 11 lbs (5 kg) at birth. She struggled with thyroid problems since childhood, and has been confined to bed since she was twelve, her family said. After suffering a stroke, she lost her ability to move and communicate. Her weight then rose to over 1,000 lbs.

Dr. Muffazal Lakdawala offered his aid in Mumbai after her family’s social media campaign caught his attention. But Eman had to conquer many obstacles to travel from her home in Alexandria to Mumbai. She got help from an Indian minister in order to attain her visa because she was unable to attend the embassy in person. A video posted online by the Save Eman Cause shows a crane transporting Eman out of her house. A special cargo plane from Egypt Air sent her to India. Lakdawala’s plan was for her to undergo two operations to cut down her weight to less than 220 lbs (100kg). His plan would take three and a half years.

“Nobody this weight is alive. Nobody this weight has been operated [on] and survived. This is not some effort at a world record, in medicine it never is. It’s all worth it when I see Eman smile,” wrote Lakdawala in March.

After one surgery, she transferred to Burjeel Hospital in Abu Dhabi. There, over twenty doctors with varying specialties cared for her. In April, her weight was down to 389 lbs (176.447 kg). In June, she began communicating better with her surroundings and was able to sit for long periods of time in a specially made wheelchair. And just this past month, she was seen dancing happily in bed, on the road to recovery.

Inna-lillahi-wa-inna-ilayhi-raji-un . You shall always remain in my thoughts and prayers #EmanAhmed .Shall forever remember her smile RIP pic.twitter.com/X1WDAi94r3

Eman is a symbol of incredible strength and perseverance. Her smile will be remembered by many.

“We want to fight the larger cause of obesity. And Eman is no less than Malala Yousafzai. We want to use Eman as an ambassador to fight against obesity,” VPS Healthcare managing director Dr. Shamsheer Vayalil said earlier. 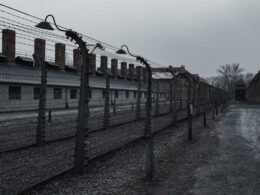 Affinity Magazine was created as a platform for teens to follow their journalistic endeavors and find a voice…
byGiovanna Trabasso
We use cookies to ensure that we give you the best experience on our website. If you continue to use this site we will assume that you are happy with it.Ok