Millennials and "Bernie Bros": The Demonization of Hillary Clinton

A Prescription for Escape
Millennials and "Bernie Bros": The Demonization of Hillary Clinton

For a majority of our lives, we’ve all been taught to hate Hillary Clinton. Often perceived as untrustworthy, Hillary has been demonized by both popular media and popular culture.

As an intern on the Hillary Clinton presidential campaign, I often noticed a lack of millennial presence. Most of my peers were either older college students or middle aged adults; there wasn’t much in between. Whenever I attempted to recruit my friends or people that belonged to my age group for campaign purposes, they were uninterested or already involved with the Bernie Sanders campaign.

I could see the appeal in the Sanders campaign. His promises of free college tuition and a decriminalization of marijuana certainly seemed to pander towards the millennial crowd. And as a millennial, I’ve often been expected to gravitate towards his platform. I don’t.

A recent study showed that Hillary Clinton collectively receives more negative media attention than the GOP front runner, Donald Trump. If you’re a frequent Twitter user, you’ll find that something anti-Clinton trends just about every other day. A quick visit Tumblr visit is out of the question. You’ll find a website full of pro-Bernie, anti-Hillary rhetoric. And recently, an Internet meme circulated around the social media world, comparing Bernie and Hillary on editable “issues”; and most of the time, Hillary was given the unpopular opinion.

Does Hillary really deserve this kind of casual loathing and hateful rhetoric, especially from millennials?

I don’t think so.

So if Hillary doesn’t deserve it, then why do millennials continue to perpetuate it? Why do they continue to utilize Republican, anti-Hillary talking points in order to somehow strengthen a hatred that is decades old? Do they even realize that they’re doing it?

In response to a reporters’ inquiry, Hillary made a comment last month that she “feels bad” for young people because they “don’t do their research”. But the issue isn’t millennials refusing to do their research. The issue is that millennials are willing to ignore the wrongdoings of others in order to contribute to the demonization of Hillary Clinton. They do their research. But they conduct biased research. For instance, Hillary recently came under fire for her use of the term “super-predators” in reference to the targets of the 1994 Crime Bill that her husband, then President Bill Clinton, signed into law. Many have called it inappropriate, and even labeled the use of her term to describe “children” as racist. But few point out the fact that Bernie Sanders actually voted for this disastrous crime bill, a bill which directly lead to the mass incarceration of mostly African American males for petty offenses; and was proud of it! Not to mention that he also used similar terms to describe the same targets of the Crime Bill; going as far as calling them “sick and sociopathic” in the late 1990’s. Sanders did not directly denounce the negative effects of the bill until very recent years. Yet another important example of this double standard is Hillary’s evolution on gay marriage. Hillary formally announced her support for gay marriage via video message in 2013. Previously, she had been a supporter of the passing of pro-gay marriage legislature in her senatorial state of New York. And while it is true that she has not always supported gay marriage, she has always been a supporter of LGBT+ rights; in a time where gay marriage and gay rights weren’t equivalent to each other. Hillary marched alongside her peers in NYC’s Gay Pride Parade as early as 2000. And while it is true that Bernie Sanders officially supported gay marriage before Hillary did, (he announced his support in 2008), it should be noted that he voted against gay marriage legislature in his home state of Vermont in 2006, claiming that he was only “comfortable” with civil unions; inferring that the issue of gay marriage was too “divisive”. Going as far back as 1990, Bernie claimed that gay marriage was not a “priority” for him. *Despite this, Bernie has a lengthy history of supporting LGBT rights; as does Hillary Clinton. They both have had problematic relations with the LGBT community regarding their stances on the issue. And they both completely embrace LGBT marriage and rights today. So why does Hillary continue to get slammed for decades old grievances, especially when she has made LGBT rights a cornerstone of her campaign and has been endorsed by the Human Rights Campaign, a prominent LGBT rights activist organization; and Bernie does not?

These double standards have plagued the 2016 Presidential Primary race.

On social media, the so-called “Bernie or Bust” movement has gained considerable popularity. The incentive behind this is a pledge to vote for Bernie no matter who the Democratic nominee is, by writing in his name on ballots on Election Day. At the time of this writing, it is quite obvious that Hillary Clinton will be the democratic nominee. She leads Sanders in both pledged delegates and superdelegates. She has more votes than any other candidate in this election.

Although a Clinton presidency may not be ideal for many Bernie supporters, you’re going to have to live with the possibility of it happening, and you must do everything you can to keep the Republican alternative out of the White House. Movements such as “Bernie or Bust” are wasteful and undermine our current political system. Realistically speaking, Sanders will not be inaugurated as our next president in January of 2017. I commend every Sanders supporter for their efforts and dedication. But when the time comes, we must be ready to unify the Democratic Party and support Hillary Clinton, just as we did with President Obama in 2008. Of course, if a miracle prevails and Sanders does in fact become the Democratic nominee, I’ll eat my words and I’ll support him 100%. But Bernie supporters must be willing to do the same thing for Hillary. Because in November, it’s either Clinton or Trump. Pick the lessor of your two evils. Even as a Hillary supporter, I recognize that she’s not perfect. But she’s a hell of a lot better than the Republican alternative. Make the best out of this situation and support the Democratic nominee, no matter who it is.

*It should also be noted that in 2008, President Obama described marriage as “between a man and a woman”, yet received no criticism when he announced his support for gay marriage in 2012. Everyone evolved on the issue. Deal with it.

A Response To “Millennials and Bernie Bros”

Quit Saying F**kboy: The History Behind an Ugly Word 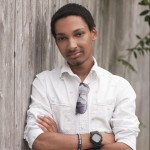 Previously an intern and full time volunteer for the Hillary Clinton presidential campaign, Jordan currently spends most of his time involving himself in political and social issues.