Justin Bieber, What Do You Mean Dreads Are 'Weird'?

Recently, Justin Bieber has made quite the come back and has proved that he left his ‘baby’ days behind him. His new album, Purpose, has left millions speechless, and has also assisted him in acquiring a new set of fans. Now, with a new sound tends to come a new appearance. Bieber has gone through several different hair styles; from the perfect hair flip to the bleached blonde beauty, but now he has gone too far with his “artistic phase” make over.

On April 3rd, Bieber posted a selfie on instagram revealing his new hairstyle, to the distaste of many, his bleached locks were dreaded!

After his voice, Justin’s hair has played a crucial role on the way his fans view him, so this new do came as a shock. The comments became a war zone, where Bieber fever either sky rocketed or plummeted. His usual “I love you!!” comments were slowly replaced with “what is this madness?”. His fandom that was once united was breaking into two halves, either for or against.

To many, a hairstyle is just that, hair. But this specific hairstyle infringes on a culture that is not his. With these dreads, Bieber is appropriating black culture. Dreads have been around for THOUSANDS of years, and is meant for black hair!

Besides being a hairstyle that is a part of black culture, Justin Bieber has made it seem ‘cool’. The problem is, there have been many cases of children and teenagers being prohibited from learning due to their hair. Also, men and women lose jobs due to the same hairstyle that Bieber is sporting.

When a celebrity takes a piece of your culture, a part that you’ve been ridiculed for your whole life, and suddenly makes it a trend- that is when there is a problem. This is a perfect example of cultural appropriation, when a person can steal someone else’s culture without having to face any repercussions.

After the negative allegations went flying, Bieber defended himself by saying “being weird is fun”. Not only does he deflect the fact that yes, he is appropriating culture but he also brands a piece of a culture as “weird”. There is no justification for this, Justin has a very high social status and is always in the eye of the media. All of his actions are closely surveillanced, leading to a very large impact on pop culture. By appropriating culture, Bieber not only disrespects those who have been ridiculed for their hair but he also makes it seem okay to continue this negativity.

So, Justin, if you’re reading this, it’s not too late to say sorry.

5 Signs You Are Being Fetishized 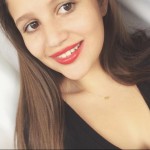 Ivette Borges is a fourteen year old freshman in high school from Miami, Florida. She is president of her class and is also on the debate team. In her spare time she enjoys reading, singing and binging on netflix movies. One day, she aspires to attend Columbia University and become a lawyer and part time journalist. She enjoys writing about all things feminism, cultural appropriation, and the faults in certain pop culture trends. If you need to contact her, her twitter is @ivettebxrges and her instagram is @ivette.mariie, feel free to DM her!