Self-diagnosis, simply put is diagnosing mental or medical conditions in oneself.  This can range from recognizing various symptoms, doing meticulous research, and to following one’s instinct.  Many health professionals, government officials, and people on the internet believe that all cases self-diagnosis is wrong and anyone who partakes in it is just making their symptoms up for attention.

While it is true self-diagnosis is prone to error, for many people that’s either their only option.   In many instances it is mostly to do with social class.  A person who cannot afford proper health care is more likely to self-diagnose than a person who can.  In the case of mental illnesses and disorders, many people fear the stigma an official diagnosis can bring. It should also be noted that in the case of minors with abusive parents, an official diagnosis can lead to more abuse and isolation within the family. The stigma against self-diagnosis is classist and ableist and mirrors itself in the fear and inability to get a proper diagnosis.

Also in a recent survey 34% of the ill population United States are subject to medical errors, such as misdiagnosis.  In fact doctors often misdiagnose their patients based on racial and gender bias and fatphobia.   On the other hand self-diagnosis can lead a person to seek proper medical treatment and receive an official diagnosis.

In an ideal world, everyone would have access to proper medical care without the fear of stigma and abuse due to their medical condition.  However, since this is not an ideal world yet, we must accept that many people will self-diagnose and we should respect their diagnosis and support them in seeking treatment.  Instead of worrying that people who self-diagnose are “faking” or  “attention seekers”, we should focus on creating a healthcare system free of bias and accessible to all, no matter their background.

4 Self-Care Tips For You This Summer

Does The Internet Ever Have Anything Nice To Say? 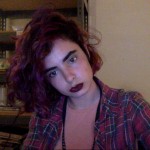 A small animation student who writes and is interested in politics.