Ladies, Here Are 10 Ways To Close in the Wage Gap**

Hey ladies*, are you frustrated by the fact that even in 2016, you can expect to make just 77 cents for every dollar your male co-workers will make? Does it get your goat that even men with the same position, hours, employer and qualifications as you will make about a $200,000 to a half million dollars more than you over the course of a lifetime? And does it really eat at you knowing that the 33 cent gap is only for white women- and Black women can expect to make about 64 cents to the dollar, and Latina women a shameful 52 cents?

Well, worry no more, because Affinity Magazine has 10 super fun and trendy ways to close in that pesky wage gap and receive #payequality- all without expecting your boss to acknowledge your dignity as a human being and your vital contributions to your workplace!

*Affinity Magazine acknowledges that men of colour also experience a wage gap. This article is written specifically for women of all races and backgrounds, but feel free to enjoy it no matter who you are.

Now, I know there’s nothing us women love more than an opportunity to revamp our wardrobe- which we do entirely for male approval, BTW!- but you can also use your #passionforfashion to help get yourself fair wages. It’s simple- remember that awesome Amanda Bynes movie based on the play by that dude who wrote Romeo and Juliet (John Greene?)- where she pretends to be her brother?

It’s simple- just invest in trench coats, suit jackets and comfortable footwear, work a pixie cut and make a tiny change to the name on your resume, and be ready to make bank. If you think that you might get caught, just remember that guys can’t even tell what a woman actually looks like with no make-up on- we’re pretty sure you can have him convinced.

See, White Face is perfect because it lacks the historical and cultural offenses raised by Blackface, so you’re in the clear- and every white person whose suspicious knows that it’s rude to ask someone why they’re white.

If you’re getting paid 50-77% less than what you deserve- just spend 50-77% less all together! It’s easy- just like, I don’t know, coupon? It seems pretty easy when you watch those shows on TLC about it! And like, you know those e-mails you get from places like American Eagle like, every week. Well, when you don’t delete them, they actually tell you about upcoming sales- like your own little shopping guide, right there in your spam folder.

Between BOGO sales and summer sales and back-to-school sales and Black Friday sales, it’s definitely not at all unrealistic to expect that you can save up to half off on all your purchases- and like, the fact that you got seven panties for just $27 and got 75 cents off a box of granola bars (only needed to buy twelve boxes to get the discount!) totally makes up for the fact that you can’t coupon your way to cheaper rent- or electrical bills. Or gas. Or tuition money. Or student loan payments. Or health insurance.

This is a win-win for everyone. On the one hand, you save money you shouldn’t have to be saving because your boss should just pay all employees the same damn amount, and on the other, you’re working towards that summer bikini body you’ve always wanted!

Let’s be honest, there’s nothing grosser than seeing a woman eat, like a giant freaking steak or simply enough calories and nutrients to survive, and like, you’ll never have to worry about having anything in your teeth again. Also, there’s the added bonus of knowing you’ll never have to deal with the fact that overweight and obese women see limited workplace prospects.

So try cutting your grocery list in half- think about how proud you’re proud your teenage, preparing-for-prom self would be!

Once the whole not-eating-enough-to-possibly-sustain-your-health thing pays off, you should have the single body type that is allowed to wear whatever they want: the thin type.

It could also give you brownie points with your boss-after all, if he won’t give you fair compensation for your time, energy and applicable skills, he’s probably a bit on the creepy side as it is.

But watch out for workplace dress codes- I hear high school is just a practice run for the sexualisation/slut shaming cycle that will follow you for the rest of your life.

I mean, it’s a scary world out there- and if you don’t have a man around to protect you, how could you possibly be safe going out into the world???? By staying in, you save money on taxis, gas, admission into clubs, drinks and uh- what else do us ladies do??? Shop? Go see chick flicks?

Anyways, staying in your house all day everyday helps with the whole buy less food and clothing thing- as long as you can stay away from the online shopping! It’ll also help you cut down on make-up usage- because we all know how much girls waste on make-up, and we all know girls couldn’t possibly wear it at home because they only put it on for guys anyways.

So, like, hunker down with your Gilmore Girls DVDs and Jillian Michaels work-out tapes, and get ready for a few months of FOMO.

Okay, so never leaving the house ever gets harder to swallow the more it drags on- eventually you run out of shows to binge watch.

So you should probably find a new hobby- like, I dunno, knitting or beading or something?

You know, something relatively cheap to do and could even save you money in the long run- you know, just knit your own sweaters come winter time. Or your own swimsuits in the summer. You could even possibly knit a paycheque that has the same dollar amount written across it as it would for your friends who are whiter and male-r than you!

You could even make stuff that you could sell on Etsy- as long as like, you only charge about 77% of what the men on the site are.

This is the perfect solution- you can’t be paid less than your male counterparts if your employer legally can’t pay you any less.

I mean, there are cons to getting a minimum wage job- you might not be able to find full-time work, which means working two or even three jobs. You might have to deal with nasty, insensitive customers if working in the service industry. It’s likely you’ll have to go without paid sick days, and have a gruelling and unpredictable work schedule that keeps you from seeing friends and family. Perhaps you will have to make the choice between pushing your plans for starting a family back by a decade or so or losing your apartment, or apply for food stamps just to ensure you can afford basic necessities. But hey- it’s all worth it to sleep at night with the assurance that your work is being underpaid compared to the men at your workplace- instead, your work will be underpaid compared to the standards of human dignity.

Like, at this point we’re at a loss. Considering the barriers you’ll face in accessing education and finding employment at all simply because of your gender, race, nationality, physical abilities and appearance, and the fact that things like workplace rules prohibiting discussions of salaries will keep you from even discovering income inequality, it just feels like the only sure-fire way to ensure you can compensate for a lifetimes’ worth of lost wages is to sell your vital organs on the black market for hundreds of thousands of dollars.

From what we understand, there is a huge demand out there for women who look they really freaking love salad. 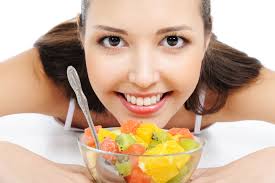 Why We Need To #KeepIrisBlack 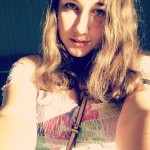 Megan Hunt is a Canadian journalist, editor and playwright currently working towards a Bachelor of Arts degree from Concordia University. Along with Affinity, her work has been featured in the 2020 McGill Drama Festival, Hindwing Press, Garfield Lake Review, The Concordian, The Link and Green Teacher, among others. She is an suburbanite by birth, a Montrealer by choice, and overly opinionated by nature.