Do You Have a Sexist Bias? This Test Identifies Psychological Prejudice

Do you have a sexist bias? Racial bias? Homophobic bias?

This online quiz from Harvard University might be able to tell you. Project Implicit, a non-profit organization, is designed to identify implicit bias, and then provide education, consultation, and training to do away with said bias. Founded in 1998 and launched in 2011 by three top-university scientists, it takes only five minutes to find if you have psychological prejudice. The test is made up of quick grouping — instead of direct questions — to formulate accurate results. With over ten different topics, you can find your hidden bias on everything from mental illnesses to past U.S. presidents.

The one thing to remember while participating in studies like these is that the results don’t have to be reflected in your daily life. It’s not a test of racist actions, for example. It tests on what you associate with stereotypes. Stereotypes are created based on the environment one grows up in, the people one associates with, etc. As long as as you live careful not to discriminate or offend, the test results don’t necessarily need to mean anything.

However, if you find you do have a bias, you can work to fix it, making it easier not to be implicitly racist/sexist/etc.

When I first heard about feminism, this idea that everyone was equal regardless of gender, I fell in love. As a girl interested in mathematics and politics, equal rights meant a lot to me. That’s why I was surprised when I found through Project Implicit that I had a slight bias with men in STEM careers and women in the arts. However, the more I thought about it, the more I realized it was true. I was always expecting there to be more girls in my art classes, and I was used to assuming there would be less in my higher math classes. I remember one theatrical production in particular, where I was quite annoyed that the part I wanted had gone to a male. He only got it because he’s a guy, I told myself. Even so, I congratulated him on getting the part and cheered him on as he performed. Were my actions sexist? No, not really. But, I would have thought of him differently if he was girl. I’d still be annoyed that I didn’t get the part; but, I’d be mad for different reasons and I’d make different excuses.

Because of this self-realization, I encourage everyone to take at least one of these quizzes. Realizing what needs to be fixed is one of the only ways to start fixing the biases in each one of us, and eventually, in society.

In this article:bias, diversity, gender, racism, sexism, WOMAN, women
Up Next:

Allyship 101: A Lesson in Empathetic Listening 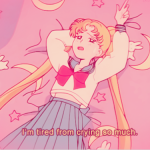 Noelle Renee Hendrickson is a feminist, photographer, digital artist, and poet. She is writer on the Open Mormon Blog and Medium website.