In a few of my classes there is this group of boys who are loud and clear about their racist, homophobic, transphobic, xenophobic, non-belief in climate change, and praise to “their Lord and Savior Donald J. Trump”. Recently, a group of my friends peacefully protested the Dakota Access Pipeline. When this group heard about that they were not having it, and were disgusted in the thought that we could think for ourselves and stand up to what we believe in. They started saying how “Native Americans should just find another water source, the pipeline is going to make so much money.”

Honestly I was so shocked that people could be that blatantly ignorant. Of course they tried to prove to me that they were right by pulling up an article from Wikipedia. They thought they were totally getting me and the whole #NoDAPL movement by in their minds “roasting” me with that completely inaccurate information. I started to really think about what those boys’ lives must be like not caring about anyone but themselves, and their money coming first in their life. It sounds like a sad, pathetic, and lonely life to me. People were coming up to me asking me about our conversation, while I was thinking “wait…how did they hear about this?”

I began to realize that them going around school spreading how much they were “roasting” me, and them talking about how dumb I was; is just them having nothing better to do and trying to channel their hatred towards others. I thought the conversation was an interesting one, I was joking around for some of it. Based on how ignorant and closed-minded they are, it makes sense that they could try to turn my positive energy into negative energy, but I chose not to give them that power. I started to get so upset, but I knew then that I had to stand strong, stand up, and not let them ever silence me for my beliefs. I don’t care if they disagree with me, at the end of the day I’m the one who has to live with myself. If being crazy is standing up for human rights, then please call me crazy. To spend so much time talking about me is something I find truly incredible, but then again I’m different and I do and believe in different things than a lot of people around me; and I am not ashamed of that. I am who I am. Always stay strong, never let them silence you. They may call you names and disagree but don’t let it get to you, let it build you up and make that passion that you already have stronger.

The truth is at the end of the day, people are always going to talk and say stuff about you if you chose to put yourself out there, and stand up for what you believe in. My friends were not starting riots, they were not burning bridges, the truth and only truth is that they were peacefully holding signs on the side of the road to make their statement. All of that other noise and nonsense people are going to try and pull is just irrelevant, and we all have to learn to block it out. I chose to patiently wait until that one day when they realize what the world is actually like outside of their tiny gated community. The world is so diverse, vast, and right now it is problematic. I wish you boys the best of luck in being blind to the issues right in front of you. Don’t drag my friends and I down when I know you guys are already down. You have your own beliefs, and that is who you are. I truly hope these boys find their own happiness. I wish them the best of luck. I hope whenever that day is when they get that reality check it doesn’t hit them too hard that it hurts. This one was for you, and you know who you are.

It Sucks, But We Have to Be Nice to Bigots

Stop Being Nice to Bigots 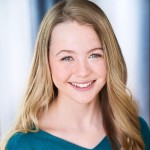 Lindsey is an NYC kid currently living in FL. Her goal is to spread her views of equality positively. She is also involved with the organization Girl Up with the United Nations. Follow her on Instagram and Twitter @_lindseylyons_