Things To Leave In 2016: Double Standards

To anyone with any ounce of compassion and is not completely blinded by privilege, the fact that women have to face dozens upon dozens of more challenges than our male counterparts is irrefutable. It is simply a fact. But the one that personally shakes me to the core most is the double standard of strong women vs strong men. Don’t get me wrong, a lot of progress has been made, but I’m just greedy enough to need more. And, yes, I’m aware that that makes me seem like a bitch. But you wouldn’t be thinking that about a male writer that was pleading for equality, would you? No, I’m sure you wouldn’t. Because he would be so strong, so brave to be fighting for something as important as equality. But I, on the other hand, I am just a girl that is never pleased with what I’m given. Anyways. Moving on.

Please stop calling young girls “bossy” in that tone that teaches them to submit. It’s simple things like that, like the inflections in your voice and the furrow of your eyebrow, that teaches young girls that they are to be second thoughts, to be a third or fourth opinion, to be nothing more than second class citizens.

When you’re young, the world is beckoning you to experience it. We tiptoe on the edges of right and wrong for almost the entirety of our childhood, teasing the rules to see how much we can get away with. But when you’re a young girl, and you’re commanding your troops of tip-toers, just like the boy next door is doing, and you are being called “Bossy” with a scowl and a scoff, your image of yourself and the power that you hold is seriously damaged.

It’s almost as if this is where society has decided that women belong, in submission. It’s almost as if there’s some sort of systematic oppression that teaches us that women are not meant to have strong opinions or leadership qualities, because what would any self respecting woman need with those?

If there’s one thing to do in 2017, it’s this: When you see a young girl taking over the toy box, tell her to share, don’t call her bossy. Because bossy is a gender exclusive term with incredibly negative connotations, however, telling someone to share is simply asking someone to obey a universal nicety. So, in conclusion, by changing your speech, you can save a girl a lifetime of self doubt.

Why Aren’t The Problems Women Face in Countries Outside of the United States Talked About More?

Women Are Still Being Blamed For Having Their Privacy Violated 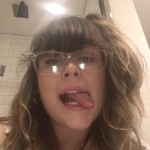